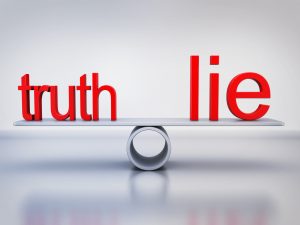 The ad accuses President Trump of having paid a $2 million bribe to a Vermont prosecutor for the latter to fabricate a larceny charge against Senator Bernie Sanders.

Despite the president’s vociferous objection to the promotion of an entirely fictitious accusation against him, the social media giant Facebook refused to remove the ad.

Likewise fictitious, as you may have guessed, is the existence of any such ad, whose crafting and publicizing any right-minded person would consider akin to a crime.

In 2016, Mr. Biden did indeed urge Ukraine to fire its top prosecutor, with the threat of withholding U.S. aid. But, as numerous fact-checkers have pointed out, that was the official U.S. government position, not his personal decision, and had nothing whatsoever to do with Hunter Biden.

The video making the bogus accusation was the work of a “super PAC,” or deep-pocketed political action committee. Facebook explained that, although disseminating false information violates the social network’s policies on misinformation, a political leader’s claims, even if they are lies, are inherently newsworthy, and thus immune to removal.

The Biden campaign objected that the falsehood was not made by a politician but rather by a political committee, and thus should have been rejected.

Which, of course, entirely misses the larger point: We are at (or over) the cusp of a presidential campaign that appears bound to be saturated with deceit and disinformation. Voters, beware.

Six versions of the “Quid Pro Joe” ad were targeted to Facebook users in South Carolina, Iowa and Massachusetts, according to Facebook’s ad library. The ad is no longer active, but, in a recent speech to students at Washington’s Georgetown University in Washington, Facebook CEO Mark Zuckerberg defended his treatment of political ads containing falsehoods on grounds of freedom of expression.

“People having the power to express themselves,” he said, “is a new kind of force in the world – a Fifth Estate alongside the other power structures of society.”

The phrase “power structure” put me in mind of something we read about in shul two Shabbosos ago – the Tower of Bavel. Not all power structures are good ones.

And using the power of mass communication to empower falsehoods would seem to fall in the not-so-good category.

Not one, though, was rejected for containing an untruth, only for things like offensive language and “fake buttons” – nonfunctioning “yes” and “no” click-options, something Facebook, for some reason, doesn’t allow on paid content.

So, as far as Facebook is concerned: Fake buttons, no way; fake facts, no problem.

I’m not naïve. Political ads have, of course, always sought to mislead, at least in the sense of presenting one side of an issue without acknowledging the argument for the other side. That’s the prerogative of parties and PACS, which, after all, pay good money to present their cases. Critical thinking will always be an essential part of citizens’ weighing of arguments.

But asserting that Medicare for all or universal gun registration or building a border wall is a good idea or a bad one is one thing. Contending falsely that a president bribed a prosecutor or that a former vice-president used his power of office to block prosecution of his son, or that “the Jews” were behind the 9/11 attacks is in another category altogether.

To its credit, Facebook recently removed from its platform four foreign-based networks – including one linked to Russia’s Internet Research Agency, the group indicted for interference in the 2016 presidential election – that were targeting Mr. Biden’s current quest for the Democratic Party presidential nomination.

But shouldn’t domestic shenanigans by candidates of any stripe be subject to similar treatment?

In defense of Facebook’s “lies by politicians are acceptable” policy, the company’s vice president of global affairs and communications Nick Clegg compares the social media platform with its more than 2 billion global users to a tennis court.

“Our job is to make sure the court is ready – the surface is flat, the lines painted, the net at the correct height,” he explained. “How the players play the game is up to them, not us.”

No, Mr. Clegg: If you’re providing the court and broadcasting the game, you need to make clear to the players that smashing your opponent over the head with your racket simply isn’t an acceptable move.