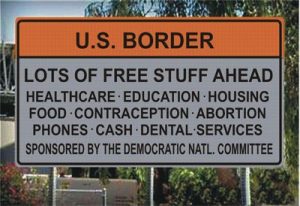 Everything that happens is alluded to in the weekly parshah, right? Sometimes it is just a little more difficult to see how.

Not this week. Immigration policy is front and center. Am I being cute? No, actually. I found it hard to believe as well, but an early 18th century commentary sees Balak as presiding over a migration crisis, with so many seeking asylum, that they threatened to exceed the capacity of the host country to grant them asylum.

You can read the entire piece in my weekly parsha shiur on Torah.org. (I rarely mention these shiurim in Cross-Currents, but was so taken aback myself by this discovery, that I’m making an exception. If you don’t have patience for that, here is an excerpt from my weekly adaptation of Meleches Machsheves (1663-1711) by R. Moshe Cheifetz, known in the scholarly world as Gentili:

War creates refugees. People flee the battle areas, and the wider area in which safety and security are compromised, and the food supply is disrupted. So it was with the defeat of the Emori. People fled destroyed areas, especially in the face of the take-no-prisoners conduct of that battle. We can assume that substantial numbers migrated to Moav and Midian in search of a stable place to live. The influx of refugees threatened the host food supplies. The feared people here are not the Bnei Yisrael. It was known that they had no plans to attack. It was the refugees who were the “numerous people” who seemed poised to overwhelm Moav and Midian – who would “lick up” their “entire surroundings.” They are also called a “congregation,” because they came from many parts of Emori territory, and gathered together in a smaller number of places in Moav.

Balak was among those who fled. He had been there. He “saw all that Yisrael had done to the Emori,” and resolved to escape to Moav…He did not turn his back on his many countrymen who also fled there, and refused to deport them. …The people were a different matter. They were not willing to suffer the effects of the influx of aliens….Balak is forced to get involved on their behalf. …He stood his ground, and refused to harm the refugees. He sought a different way to deal with the problem by inducing them to leave voluntarily.

It is not known if he tried to build a wall to keep out new arrivals.