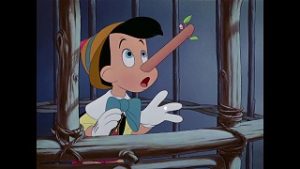 Long before candidate Donald Trump ever uttered the phrase “fake news,” some of us in the Jewish world involved with media were well acquainted with the concept.

From The New York Times’ description at the time of the 1991 Crown Heights riots as “[violence] between blacks and Jews,” when Jews were entirely on the receiving end of the ugliness, to a veteran Jewish reporter’s reporting as fact Orthodox Jewish blackmailers in Brooklyn, when all she had was an anonymous phone caller’s false tip. From a news description of a large, heartfelt Tehillim rally in Manhattan as “40,000 Orthodox Jews vent[ing] anger…” to the identification of a bloodied Jewish boy in Israel as a Palestinian beaten by an Israeli policeman. From the propagation of the myth that an Arab boy victim of Palestinian fire had been killed by Israeli soldiers to ahistorical descriptions of the Makom Hamikdash. An updated list would include much of the reportage on Kosel Maaravi happenings and on heterodox leaders’ claims about American Jewry.

Then there are the more subtle layers of bias. Like the aforementioned Gray Lady’s report on the twelfth Daf Yomi Siyum Hashas in 2012, a most newsworthy event, indeed; the paper chose to focus on the fact that Orthodox women don’t traditionally study Talmud.

And then there are the misquotes and words wrenched out of context. Having served as Agudath Israel of America’s media liaison for more than two decades, I have ample personal experience with that sliminess. Had I a few dollars for each time my words were misrepresented, I could put a decent dent in the tuition crisis.

The first few times I was misquoted or my words mischaracterized, I assumed I hadn’t been sufficiently clear, or that the reporters had made innocent mistakes. Eventually, though, I sobered and realized that some reporters were – sit down, please – not really interested in accuracy or truth. They were seeking, rather, some quote to plug into the article they had already written (in their heads if not their computers), on a quest to get some words from me to “massage” to fit their preconceptions.

A fresh example: Open Orthodox clergyman Dr. Shmuly Yanklowitz, a poster boy for the movement that ordained him, recently penned a piece for Newsweek.

After lauding himself for creating “the Tav HaYosher ethical seal to attest that kosher restaurants in North America treated their workers to the highest standards of decency and dignity,” he bemoans what he sees as a kosher certification industry “consumed with ritual detail but largely… unconcerned with… worker rights, animal welfare, environmental protection, human health, among many important ethical considerations.” And he recalls participating in a 2008 panel on kashrus at Yeshiva University.

I was on the panel too, and though Dr. Yanklowitz doesn’t identify me by name, I was the “ultra-Orthodox” spokesperson who he claims in his article implied that “people want kosher meat that tastes good and is cheap, but don’t care about the ethical route it took to the plate.”

Wondering what I said? So was I, when I saw the piece. Fortunately, at that panel, I read my speech straight from notes that night, and have the notes.

The social consciousness initiative that Dr. Yanklowitz was defending at the time was something called Hekhsher Tzedek (later renamed Magen Tzedek), a “kashrut seal” indicating that a product was not only kosher but whose production had met various workers’ rights, animal rights and environmental requirements. (Four years later, no product had received the seal, and there is no sign of it on supermarket shelves to this day.)

Since the initiative’s literature stated that the certification was intended to reflect a higher degree of kashrus, I sought to make the point that, while there are certainly valid issues of tzaar ba’alei chaim and dina dimalchusa dina by which observant food processors and producers are bound, such concerns are independent of the halachic definition of “kosher.”

“So,” I explained, “while kosher food producers are required by halachah to act ethically in every way, any lapses on that score have no effect on the kashrus of the food they produce.”

Yes, that’s it. That’s what Dr. Yanklowitz claims was a declaration that “people want kosher meat that tastes good and is cheap, but don’t care about the ethical route it took to the plate.”

And readers of Newsweek are now under the impression that Orthodox Jews are unconcerned with mistreatment of workers, animal cruelty and the environment.

In truth, Dr. Yanklowitz’s misrepresentation shouldn’t surprise me. Misrepresentation, after all – of the Jewish mesorah itself – is the very raison d’être of the movement that produced him.