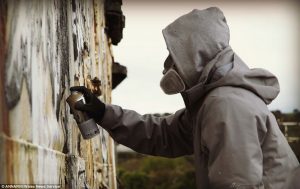 Widespread reports over the weeks since Election Day of harassment and hateful graffiti aimed at minorities reminded me of something the legendary Agudath Israel of America leader Rabbi Moshe Sherer, z”l, taught me, the first time I had the honor of interacting with him.

I don’t doubt that some of the scrawled swastikas are just what they seem to be. All it takes, after all, to create one is a hateful mind and a broad-tipped marker, neither of which is usually in terribly short supply.

But no one can really even know whether a graffito in fact reflects the writer’s sentiments or was cynically intended to incite others. And, as to the accounts of intimidation by alleged pro-Trump hoodlums, many lack any corroboration or evidence.

Like the claim of an unnamed black girl on a city bus in Queens, that, the day after the election, several white girls from St. Francis Prep, a local Catholic high school, told her that, now that “Trump is president,” she belonged “in the back of the bus.”

A local newspaper called it a “shocking echo of the Jim Crow South.”

When asked for details that might help apprehend the harassers, though, the alleged victim declined to cooperate.

Then there was the University of Louisiana student who, that same week, told of how two white men, one wearing a Trump hat, stole her wallet and hijab. Confronted with contrary evidence, however, she admitted fabricating her tale.

Many of the recently reported episodes of hate crimes are vague, involve unidentified culprits and are unsupported by witnesses. Often the police aren’t even called, and often when they are, the stories don’t stand up to scrutiny.

Sometimes the alleged victim is even the perpetrator. Kean University student Kayla McKelvey pleaded guilty this past summer for having fabricated threats against black students like herself, sowing panic over the campus.

What has Rabbi Sherer to do with all this?

Well, my first encounter with the man who later hired and mentored me as Agudath Israel’s spokesperson, was an unexpected phone call.

It was the mid-1980s, and I was a high school rebbe in Providence, Rhode Island. Occasionally, though, I wrote opinion pieces, for the Providence Journal and various Jewish weeklies.

One piece I penned was about bus stop burnings that had been taking place in religious neighborhoods in Yerushalayim. Advertisements on the shelters in religious neighborhoods displayed images that offended the sensibilities of the local residents. Scores of the offensive-ad shelters were vandalized or torched; and, on the other side of the societal divide, a group formed that pledged to burn a shul for every burned bus stop shelter. It was not a pretty time.

My article was an attempt to convey the motivation of the bus-stop burners, wrong though their actions were. Imagine, I suggested, a society where hard, addictive drugs were legal, freely marketed and advertised. And a billboard touting the drugs’ wonderful qualities was erected just outside a school. Most people might never think of defacing or destroying the ad, but would probably understand the feelings of someone who did take things into his own hands. For a chareidi Jew, I wrote, gross immodesty in advertising in his neighborhood is no less dangerous, in a spiritual sense, and no less deplorable.

Rabbi Sherer had somehow seen the article and he called to tell me how cogent and well-written he had found it. But, he added – and the “but,” I realized, was the main point of his call – “my dear Avi, you should never assume that the culprits were religious Jews. Never concede an unproven assertion.”

I was taken aback, since hotheads exist everywhere. But I thanked my esteemed caller greatly for both his kind words and his critical ones. I wasn’t convinced, though, that my assumption had really been unreasonable.

To my surprise, though, several weeks later, a group of non-religious youths were arrested for setting a bus stop aflame, in an effort to increase ill will against the religious community. How many of the burnings the members of the group, or others like them, may have perpetrated was and remains unknown. But Rabbi Sherer had proven himself (and not for the first or last time) a wise man.

To be sure, there may be, and probably are, haters out there who are harassing citizens they don’t like, or putting their lack of artistic talent and good will on public display. Their actions rightly evoke our outrage.

But it’s important to remember, even amid outrage, that accusations are easily made, but assumptions shouldn’t be.