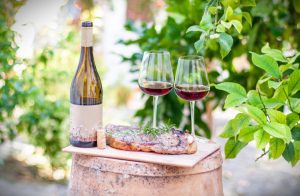 A rather stark contradiction seems to lie in how Chazal describe the judgment meted out to a ben sorer u’moreh, the boy who, at the tender age of 13, demonstrates indulgences and worse, and how they treat Yishmael.

The former is judged al sheim sofo, based on what his “end” will likely be: a murderous mugger (Devarim 21:18). The latter, although his descendants will prove to be cruel tormenters of his half-brother Yitzchak’s descendants, is judged “ba’asher hu shom”: where he is at the current moment (Beraishis 21:17).

Granted, the case of a ben sorer u’moreh is virtually impossible to happen, given Chazal’s requirements for prosecution (see Sanhedrin 71a), and, according to Rabi Yehudah, indeed never did. But the explanation of the boy’s irredeemability is at least intended as a lesson, and still clashes fundamentally with the allowance Yishmael is given to become a better person (and, presumably, influence his progeny to follow him in that).

The Mizrachi and Rav Shlomo Zevin address the problem by noting that the ben sorer u’moreh has already himself acted in an ugly manner, whereas Yishmael’s cruel descendants lay generations in the future.

But that ignores the fact that Chazal describe Yishmael himself as having already demonstrated bad behavior, including, according to one opinion, shooting arrows at his half-brother (Rashi, Beraishis 21:9).

What occurs is the possibility that such behavior is only bad when unbridled. One can pull the yetzer hara into the beis medrash (Kiddushin, 30b), channeling it to good effect. And the urge to “violence” can be expressed in milchamta shel Torah, the “warring” of arguments between Torah scholars, lisheim Shomayim.

But, by contrast, the mire of materialism – virtual addiction to luxuries – has no redeeming value. And the young boy sufficiently sunken in it is hopeless.

Which, if true, offers a vital lesson to parents: Be less alarmed by a child’s propensity to bad behavior and violence than to his growing addiction to luxuries. And be very careful not to create, cultivate or feed that fixation.

My most recent Ami Magazine column, “To Squish or Not to Squish,” can be read here.