Pinchas – Self Changes Everything 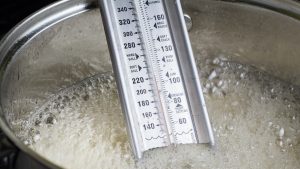 The law of kana’im pog’im bo – “the zealous ones can attack him” – that Pinchas acted upon to dispatch Zimri and Kozbi is a highly unusual, if not singular, one: If one poses it as a halachic query, it is rendered a forbidden act; but if acted upon without consultation, it is meritorious. How can something prohibited be a mitzvah? We find yibum rendering what was an aveira (relations with one’s brother’s wife) a mitzvah, but there the situation has changed, with the death of the brother. Here, the same act under the same circumstances is both wrong and right.

The observer effect is even more pronounced in quantum physics, where even the most basic act of observation disturbs the state of subatomic particles.

I wonder if something like the “observer effect” may exist in the halacha of kana’im pog’im bo. The act itself, in its essence, is proper; it is the introduction of self that changes the status of the law, rendering the act forbidden.

If the aspirant to the status of “zealous” has the presence of mind to query whether he should act, the answer is that he should not. Once a he has entered the situation, it changes what was permitted, even meritorious, into something forbidden. With the introduction of self, everything changes.

When an act of kana’us is performed automatically, though devoid of “self”-consiousness, without consideration of its potential impact on oneself, it is praiseworthy. And Pinchas, who acted out of pure dedication to Hashem, with no concern for self, is rightly praised.

An article I wrote about the misrepresentation of Judaism’s view of abortion and the media’s ignoring of the same was published last week by Religion News Service, and can be read here.