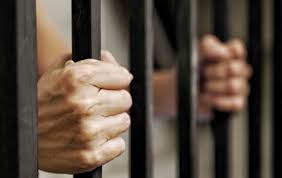 The first of the Torah’s two cases of imprisonment – that of the mekalel, the blasphemer, is in the parshah (Vayikra, 24:12). The second is in parshas Shelach (Bamidbar 15:34), regarding the mekoshesh eitzim, the Shabbos wood-gatherer.

It is noteworthy that in both cases, the imprisonment of the violator is not a punishment but rather a temporary restraint until a Divine verdict is obtained.

Longtime societal norms become parts of our default assumptions, and so, the contention that sentencing a criminal to jail is an appropriate punishment for a serious crime is seldom questioned.

In the Torah, though, it isn’t. Punitive prescriptions for intentional crimes take the form either of monetary compensation or of corporal punishment – flogging or execution.

American prisons are not only overpopulated (upward of 2 million people), overcrowded, expensive and rife with violence and abuse but also serve as fertile environments for some criminals to hone their skills and “network” with one another.

An idea that seems impolite to raise but is worth considering all the same is whether corporal punishment might serve as a more effective response and deterrent to crime than incarceration.

Flogging wouldn’t likely fly these days. But carefully regulated but painful experiences, like, for instance, tasing (which is currently acceptable for disabling threats), perhaps combined with requiring post-punishment location anklets, might be an option to consider.

Under current norms, purposely inflicting pain is labeled torture and considered contemptable. But it’s worth considering that long-term imprisonment is torturous and contemptable in its own right.

As in so many other realms, here, too, the Torah might be an illuminative guide to larger society.

My most recent Ami Magazine column, “Senator Hatch’s Mezuzah,” can be read here.