Kedoshim – Skin in a Zero-Sum Gam 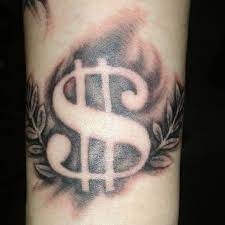 Although, in the end, all tattooing is forbidden by halachah, one opinion in the Mishna (Rabi Shimon ben Yehudah in Rabi Shimon’s name) sees the prohibition as referring specifically to tattooing the name of an idolatry. The pasuk can be read as hinting to that approach: “And a tattoo you shall not place upon yourselves – I am Hashem” (Vayikra, 19:28) – as if to say “Nothing else is.” The contest, so to speak, is zero-sum.

And the Rambam, in fact, places the prohibition in his “Laws of Idolatry.”

So it would seem reasonable, if seeking some message in the tattoo prohibition, to imagine that it might be a negation of designating something, anything, other than Hashem as an ultimate object of dedication.

And, in fact, tattooing is, at least in many cultures, not a mere “decorative” practice but rather a demonstration of devotion – whether to “Mom,” “Jane,” “Jim” or “Semper Fi.”

Or to any less-than-holy ideal, no matter how worthy. What to an idolater is his deity’s name or symbol is, to a contemporary potential tattoo-ee, any of the broad assortment of “isms” – socialism, capitalism, Zionism, environmentalism… that are popular at any given time. Rav Elchonon Wasserman indeed referred to isms as the idolatries of the current historical era.

And so, what the Torah is forbidding may be understood as inscribing one’s utter dedication to any such concept. In fact, the Hebrew for “upon yourselves” can be read just as easily as “in yourselves”; and Rav Hirsch contrasts the use of that word with the “in your flesh” language used regarding making mourning-cuts.

Political isms are still popular these days, but the most widespread ism of the nonce, I suspect, is the one beginning with the word “material.” Not easily depicted in a tattoo, perhaps, but it’s a most consuming (pun intended) idolatry all the same.

(My most recent Ami column, “Kid Stuff,” can be read here.)