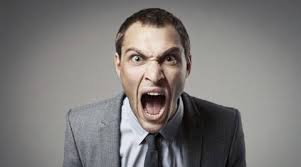 You never know what sets some people off.  Back in 2015, when I dared to write that the U.S. remaining as a partner in the Iran Deal might be better than what might happen if we withdrew from it (how’d that work out?), I received a bit of pushback. But it was nothing like the raw outrage that was expressed in the wake of my recent Ami Magazine piece about, of all things, the Ottawa trucker protest.

Letters emailed to Ami and me were strikingly strident. They included comments like “How can Ami write such a false liberal article?”; “I was horrified”; “First they came for the Truckers….”; “Omg. I just read this article. What a pack of lies!!!!!”; “I’m shocked Ami would post this without fact checking.  Shame on you!”; “Does Avi Shafran work as Justin Trudeau’s press secretary.?   Did he actually do any research or did he just copy paste from the msm news?”; “I have never experienced such straight out propaganda”; and “If the AMI [sic] cannot have the moral courage to remove Mr. Shafran from the pages then I will have no choice but to not bring it into my home.” (Talk about cancel culture.)

Accelerating Godwin’s Law, which only expects Nazi accusations to be the eventual yield of electronic discussions, one writer wasted no time in immediately raising the Third Reich: “Avi my friend, you are this generations [sic] Joseph Goebbels.”

Needless (I hope) to say, my article was entirely factual. Unlike a number of the letters, which made demonstrably false assertions (some of which will be debunked in a response to them planned for Ami’s next issue).

All that I had dared to reveal in my Ami piece was that there were people in the truckers protest movement (including the person who conceived it) with unsavory backgrounds; that a Nazi flag and Confederate flags had appeared over the weeks when truckers snarled downtown Ottawa; and that some protesters had engaged in rather ugly acts. I thought that such facts were worthy of readers’ consideration.

I conceded in the piece that “It isn’t hard, at least in theory, to summon some understanding of, if not quite sympathy for, the protesters, who don’t want to be made to vaccinate against their will.”

But, I continued, “it must be conceded, ‘freedom’ has morphed considerably from when it meant the desire of slaves to live normal lives or the goal of colonists to throw off the yoke of King George III to… the refusal to help stem the spread of a disease.”

That really riled up some people – vaccine skeptics, conspiracy theory adherents and one apparent racist, who took umbrage at my mention of slavery.

I’ve written in public forums for many years, and have grown a thick skin. I am amused, not bothered, by verbal brickbats, especially when they are hurled by people who are clearly uninformed, filled with fury but short on facts.

But what does concern me, and deeply, is how part of the Orthodox world has not only become unhinged from reality, choosing to glom on to certain media and personalities to the exclusion of all others, but has also adopted the “outside world”’s enthusiastic embrace of outrage and acrimony over rational discussion.

Anyone, of course, can disagree with me on anything, including my take on the protests. One can reasonably contend that the majority of the protesters were good people, that those who abused national monuments or called for violence against the government were outliers, that the right to protest a vaccine requirement for travel outweighs the effect of snarled traffic and noise.

But there is a civilized way, not to mention a Jewish way, to take issue with something.  And, distressingly, it seems that there are otherwise observant Jews who seem unable to digest that most important fact.

I offer no solutions to that unfortunate development. I just hope that more people, especially those infected with the vehemence virus, come to recognize it for the plague it is. That will be a vital first step to curing it.