Parshas Nitzavim – The Role of Failure 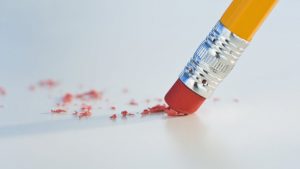 Reflecting the time of year when we read Nitzavim, before the “Days of Awe,” the parshah’s major themes are sin and repentance.

And while much of Nitzavim concerns potential punishments for sin, there is also an undercurrent of assurance, of the possibility of teshuvah, repentance. “And you will return to Hashem, your G-d” (Devarim 30:2).

Even the parshah’s first words imply the power of teshuvah. Moshe addresses the Jews as nitzavim hayom, “standing upright today” (29:9), despite the fact that “much did you anger” Hashem over the years of wandering the desert, “yet He did not destroy you” (Rashi 29: 12).

Essential to teshuvah is charatah, regret of the sin. But charatah means just that, regret, wishing one had not sinned. It does not mean despondence, which can actually impede teshuvah

Rabbi Yitzchok Hutner, the revered Rosh Yeshiva of Yeshiva Rabbi Chaim Berlin from 1940 into the 1970s, once wrote a letter to a student who had shared his anguish and depression over personal spiritual failures.

What makes life meaningful, the Rosh Yeshiva responded, is not basking in one’s “good inclination” but rather engaging, repeatedly, no matter the setbacks, in the battle against our inclination to sin.

“Seven times does the righteous one fall and get up,” (Mishlei, 24:16) wrote Shlomo Hamelech. That, wrote Rav Hutner, does not mean that “even after falling seven times, the righteous one manages to get up again.” What it really means, he explains, is that it is precisely through repeated falls that a person truly achieves righteousness. The struggles — including the failures — are inherent to the achievement of eventual, ultimate success.

One of the melachos of Shabbos is mocheik, or “erasing,” the sister-melachah of “writing.” And the melachos are derived from what was necessary during the construction of the mishkan.

Erasing, Rashi (Shabbos, 73a) explains, was necessary because mistakes would be made when marking the mishkan’s beams with letters indicating their placement. But only actions intrinsic to the construction of the mishkan are melachos. Apparently, mistakes were part of the process.

It’s much more than what Big Bird taught, that “everyone makes mistakes.” It’s that everyone needs to make mistakes.

Civil engineering professor Henry Petroski captured that truth in the title of one of his books: “To Engineer Is Human: The Role of Failure in Successful Design.” Initial failures, he asserts, are what drive tasks to perfection.

The same is true in life. Teshuvah is accomplished with regret, not despondency.