Parshas Shemini – And That Could Make All the Difference 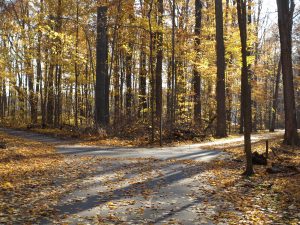 Even those of us with limited exposure to farm animals can easily differentiate between a cow and a donkey. Which leads Rashi to explain that when the Torah refers to our need to differentiate between the meat permitted for us Jews to consume and that which is prohibited, it means distinguishing between things like “a trachea [of a permitted animal] that has been cut exactly halfway across [which doesn’t satisfy the requirements of shechita] and one that has been more-than-half cut.”

A rather fine distinction, of course, a matter of a millimeter or less.

Rav Shlomo Yosef Zevin, zt”l, sees it as a template for judgments to be made throughout our lives.  There is a mere hairsbreadth’s difference between holiness and its opposite, he notes in his sefer LaTorah V’lamoadim. He cites the Talmudic account of Rabi Meir’s recollection of Rabi Yishmael’s words upon hearing that Rabi Meir was a sofer. “My son, be very careful in your work… for if you omit a mere letter or add one [which, in certain cases could radically change the meaning of a word], you could destroy the entire world.”

Similarly, Rav Zevin notes, we are enjoined to see ourselves as if we are half-worthy and half-unworthy; and Rabi Elazar ben Rabi Shimon adds that the world itself can be dependent on its merits outweighing – even by a single mitzvah – its demerits.  And so, with each decision we make, we should imagine that only choosing correctly will preserve the world.

Even a mere momentary thought can be that crucial element, he adds, since a marriage effected by a man who betroths a woman “on the condition that I am a completely righteous person,” but whose subsequent actions indicate otherwise, requires a divorce to be dissolved.  Because, as the Gemara says, “perhaps he had a thought of repentance” when he betrothed the woman on the condition.

The words of Robert Frost, in his famous poem, “The Road Not Taken,” come to mind.

“Two roads diverged in a wood, and I—

I took the one less traveled by,

And that has made all the difference.”

We often make decisions in our daily lives without considering that our choices could be potentially life-changing, even earth-shattering.” But, in fact, any of them could be.