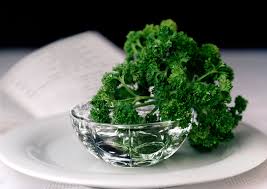 The essay below was originally published in The Jewish Observer in 1988.

Questions, questions everywhere.  At the Seder, that is.

There are the proverbial Four, of course, but they lead to a torrent of new queries.  Like why those questions are themselves never directly answered in the Haggadah.  And why they (and so much else in the Haggadah) are “four”?  And why they must be asked even of oneself, if no one else is present.  Not to mention scores of others on the oddities of the Haggadah’s text.  As the old jokes have it, we Jews seem to respond to questions with only more.

Why the Haggadah is so question-saturated is an easy one.  Because the Seder revolves around the next generation.  It is the communication of the saga of the Jewish Exodus from Egypt to our children, and thus cannot be undertaken in a merely recitative manner.  “Questions and Answers” is a most basic teaching tool, as are singing, number games, and alphabetical acrostics, all elements found in the ancient pedagogic perfection we call the Haggadah.  So none of those educational aids should surprise us.

Because karpas, the vegetable dipped in saltwater at the start of the Seder, is truly baffling.  Although it is the subject of one of the Big Four questions, it not only does not have an answer; it seems that it cannot have one.

For the Talmud itself asks why we do it, and answers, “So that the children will notice and ask what it is for.”

At which point, presumably, we are to respond, “So that you will ask, dear children!”

To which they may be expected to respond, “All right, now we’re asking.”  And so forth.

Karpas seems to be the verbal equivalent of one of those Escher lithographs where figures march steadily but futilely up strange stairs only to again reach their starting point below.  Why we do it is an inherently unanswerable question.

Some insight, though, may be available by considering yet another unanswerable question, perhaps the most fundamental one imaginable: Why we are here.

The Talmud (Eruvin 13b) recounts that the students of Shammai and those of Hillel spent two and a half years arguing the question of whether “it would have been better for humankind not to have been created.”

And, intriguingly, they came to conclude that man would have been better off uncreated, and added only that now that we humans find ourselves here, we must strive to examine and improve our actions.

The famed 19th century Torah-giant Rabbi Yisroel Salanter addressed the meaning of the argument and its result.  Needless to say, he explained, the students of Shammai and Hillel were not sitting in judgment on their Creator.  What they were in truth arguing about was whether mankind, with its limited purview, can possibly hope to comprehend the fact that G-d deemed it worthwhile for humankind to exist.

And they concluded that we cannot.  We are unable to fathom what good the Creator saw in providing one of his creations free will.  It is surely better that mankind is here, but why cannot be known.

After all (they likely noted), free will makes sin inevitable.  And humans, in fact, seem entirely prone to bad behavior.

Past history and current events alike evidence man’s choosing evil over good at almost every turn.  We humans are eminently self-centered, and precious few of our thoughts concern how we might be better givers, not takers, better servants of the Divine.

What has this to do with karpas?

Perhaps nothing.  But perhaps much.

Because disobedience of G-d, the very definition of sin, has its roots in the first man and woman’s act of independence.  And one of the results of their choice was a change in the fundamental relationship they (and we) had (and have) with the earth on which we depend.

“Thorns and thistles [the earth] shall bring forth for you,” was the pronouncement, “and you shall eat the grasses of the field.”

In, of all places, the sole Talmudic chapter that deals with the Seder, we find the following passage:

Said Rabbi Yehoshua ben Levi: “When G-d told Adam ‘and thorns and thistles…and you shall eat the grasses of the field,’ Adam’s eyes welled up with tears and he said, ‘Master of the Universe, am I and my donkey to eat from the same feed-bag?’  When G-d continued and said, ‘By the sweat of your brow shall you eat bread’ [i.e. human food will be available for you, but only through hard work], Adam’s anguish was quieted.” (Pesachim 118a)

Could the meaning of Adam’s lament be that since humanity’s progenitor had proven through his insubordination the inevitability of humans choosing evil, man would seem to have been better off as merely another mindless, choiceless animal, a two-legged donkey?

Could that terrible thought be what brought tears to his eyes?

And, finally, could it be that the manifestation of the earth’s response to his sin, the lowly vegetation it will now naturally bear for him and which he is sentenced to eat – could that be… the karpas?  And the saltwater in which it is dipped, his tears and the sweat of the brow?

Could it be, in other words, that the question of why we dip karpas in saltwater is specifically constructed to be unanswerable precisely because it alludes to an unanswerable cosmic question?

What, though, is the memory of history’s first sin doing at the very onset of a festive gathering?

The key to the mystery may lie in remembering that the Seder is not only the start of Pesach but the beginning of a period that will culminate in the holiday of Shavuos.  The seven weeks between the first day of Pesach and Shavuos are in fact counted down (or, actually, up) with the “counting of the Omer” on each night of those forty-nine.

When Adam hears G-d’s pronouncement that his sin has relegated him to eating “the grasses of the field” like animals, yes, he cries, but he is reassured that he will still be able to eat bread, human food, albeit “by the sweat of your brow” – with hard work and effort.

On both Pesach and Shavuos, bread plays a prominent role.  On the former, we eat unleavened bread; on the latter, the day’s special Temple offering consists of two loaves of bread,  which – in stark contrast to most flour-offerings – must be allowed to rise and become chametz.

Leaven is a symbol of the inclination to sin (“What keeps us [from You, G-d]?” goes the confession of one talmudic personage, “the leaven in the dough”).  Perhaps, then, the period between Pesach and Shavuos, between the holiday of leaven-less bread and that of leavened bread, reflects our acclimation to the human propensity to sin.  It leads us to ponder that sin’s inevitability should not render us hopeless, but rather that our selfish desires are – somehow – a force that can be channeled for good, for service to G-d.

Shavuos, then, would be the celebration of our having accepted – even if not fully comprehended – the goodness inherent in our existence despite our inherent shortcomings.  It is, thus, the response, if not ultimate answer, to the unanswerable question of why we are here.  And so our bread on that day is purposefully leavened; it has absorbed and incorporated sin’s symbol.

Our base desires, the source of our sinning, are not denied by the Torah, but rather guided by it.  We are not barred from enjoying any area of life, but shown, rather, how to do so, how to utilize every human power and desire in a directed and holy way.

Pesach, then, is the symbolic start of the process of growth.  It is the time to eat only pristine, unleavened food, to deny ourselves every sign of the inclination to sin, the better to be able, over the ensuing forty-nine days, to slowly absorb the powerful sin-inclination, to work on ourselves (by the sweat of our brows), and acclimate ourselves to what it represents … gradually, day by day, until Shavuos.

Only then, having labored to attain that growth, may we – by the sweat of our brows – eat true, fully developed, leavened bread.  For, if we have labored on ourselves honestly and hard, we have learned to temper and manage our inclinations to sin with the laws and guidance of the Torah.

Pesach is thus a perfectly propitious time for a hint to the great unanswerable question of how man’s existence can be justified despite his sinful nature.  For it is on Pesach specifically that we begin to develop our ability to channel the human powers that, left unbridled, result in sin.

And so, at the Seder, as we dip the karpas in the saltwater, reenacting Adam’s sentence by eating a lowly vegetable, animal food, dampened with a reminder of his tears, his question should come to mind: “Am I and my donkey to eat from the same feed-bag?”

But so should something else.  Because the reminder of his tears – the saltwater – is a reminder no less of his hope, the sweat of his brow, the hard work that can lead us to become truly human, choosing, servants of G-d.  That hard labor is what justifies our existence; it is our astonishing privilege in this wondrous world.