A Most Meaningful Mineral 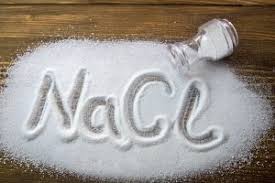 The word “sacrifices” used for korbanos, the mainstay topic of parshas Vayikra, is a misnomer. Korban doesn’t carry the meaning of “giving up something.” Its most accurate, if awkward, translation would be “bringer of closeness.”

How closeness is effected by korbanos may have to do, at least in a simple sense, with the hierarchy of creation noted in many Jewish sources, domeim, tzomei’ach, chai, medaber: “still” (mineral), “growing” (vegetation), “living” (animal) and “speaking” (human).

By establishing the korban-bringer as subjugating and employing the lower realms (which are all represented in korbanos), he is placing himself closer to Hashem, in Whose image he was created.

Interestingly, the “still,” or mineral component of korbanos, is a necessary component of all korbanos, both animal and vegetable (i.e. menachos, or flour offerings): salt.   “On your every offering shall you offer salt” — Vayikra 2:13).

Rishonim like Ramban and Rabbeinu Bachya, who assert that salt is a combination of water and fire may have based that description on the simple observation of the fact that salt can be obtained through saltwater and that salt can “burn” vegetation and skin. Or maybe the description is meant as symbolic and is part of a mystical mesorah.

But whatever the source of their assertion, they see salt as representing a combination of opposites, of antagonists, which informs the use in parshas Vayikra of the word bris, or “covenant,” in the pasuk quoted above, to refer to the mineral.

The Kli Yakar explains that the “covenant [of opposites]” that salt represents conveys the idea that Dualist philosophies like Manichaeism are false. Hashem is King over all; what may seem like irreconcilable opposites are all ultimately under His control.

I find it intriguing that, in the paradigm of contemporary physics, salt is indeed a compound of two disparate (if not “opposite,” whatever that might mean in the periodic table) elements: sodium and chlorine.  Both are highly reactive. (Countless chemistry teachers got the attention of their students by dropping a piece of sodium into a container of water.)

And each is invariably fatal if ingested. Both, in other words, are poisons.

And yet, the ionic compound that results from the two elements’ “covenant” is a mineral that is necessary for life, that flavors our food, that preserves perishables… and that must be part of every korban.