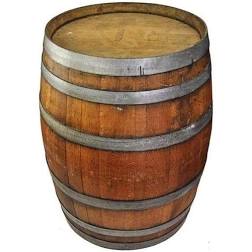 Our ancestors’ acceptance of the Torah was imperfect: It included an element of coercion.

The Gemara (Shabbos 88a) teaches that “Hashem held the mountain over the Jews’ heads like a gigis (a barrel).” The Maharal explains that the stunning nature of the experience, the terrifying interaction of human and Divine, left no opportunity for full free will. Directly interacting with Hashem, how could one possibly say no?

And that “coercion” remained a moda’ah, a “remonstration,” against Klal Yisrael, the Gemara teaches, until… the events commemorated by Purim.

In the time of Esther, the Jews chose, entirely of their own volition, to perceive Hashem’s presence where — diametric to the Sinai experience — it was anything but obvious.  Instead of seeing the threat against them in mundane terms, Persia’s Jews recognized it as Hashem’s message, and responded with prayer, fasting, and repentance.  And so, by freely choosing to perceive Hashem’s hand, they supplied what was missing at Sinai, confirming that the Jewish acceptance of the Torah was — and is — wholehearted and sincere.

The Gemara’s image of Hashem “holding the mountain over their heads” at Sinai is a striking metaphor. But why “like a barrel”? Isn’t a mountain overhead compelling enough?  Who ordered the barrel?

One of the ways a person’s true nature is revealed is “b’koso” – “in his cup” – in his behavior when his inhibitions are diluted by drink. (Eruvin, 65b).

On Purim, in striking contrast to the rest of the Jewish year, we are enjoined to drink wine to excess.  And what emerges from that observance, at least among Jews who approach the mitzvah properly,  is not what we usually associate with inebriation, but rather a holy, if uninhibited, mode of mind.

Thus the revelation of our true nature provided by the Purim-mitzvah perfectly parallels the revelation of the Jews’ wholehearted acceptance of Hashem that took place at the time of the Purim events.  With our masks (another Purim motif, of course) removed, we show our true selves.

In Pirkei Avos (4:20), Rabbi Yehudah HaNasi teaches us not “to look at the container, but at what it holds.”

A gigis, throughout the Talmud, contains an intoxicating beverage.

Hashem doesn’t look at the container — the coercion symbolized by the barrel held over our ancestors’ heads — but rather at how Jews act when they have imbibed its contents. He sees not our ancestors’ lack of full free will at the Sinai experience but the deeper truth about the Jewish essence, the one revealed by Purim’s wine.