Drinking in Moderation: On Purim and Beyond 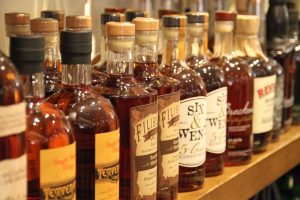 The attempts of Jewish leaders to rein in alcohol abuse, on Purim and in general, have not been met with much success. The conclusion is inescapable: It is time to consider an entirely new strategy.

Regarding Purim specifically, many Jewish organizations have tried to curtail drinking by issuing halachic pronouncements to the effect that there is no need to get drunk on Purim. But everyone knows that the Talmud and poskim do contain opinions that apparently mandate drunkenness. A one-sided presentation of the issue thus strikes people as intellectually dishonest, and they are apt to dismiss such rulings as agenda-driven polemics.

To cite another example of a halachic ruling lacking rigor as well as efficacy: When I was in high school, a certain Jewish group published a pamphlet admonishing underage persons not to drink any alcohol on Purim. Now, it is possible to advance cogent arguments against alcohol on Purim, especially for minors or recovering alcoholics. Instead, however, the pamphlet put forth the idea that one should fulfill the mitzvah of drinking on Purim by consuming grape juice. Advancing the absurd notion that drinking grape juice constitutes any kind of halachic fulfillment on Purim only serves to convince readers of the pamphlet that it should not be taken seriously. Halachic discourse about this topic must be subject to the same standards as any other sugya if it is to have any chance of being heeded.

Jewish leaders also use the Purim season as an opportunity to educate the community about the dangers of alcohol poisoning and drunk driving. Apparently, they assume that informing people about the terrible consequences of drinking to excess will get them to drink less. But such a heavy-handed, negative approach rarely works. A more effective way to combat alcohol abuse would be to inculcate positive attitudes and behaviors regarding alcohol consumption.

In the United States, one can drive a car, vote, and serve in the army before one can legally purchase alcohol. There is a general perception of alcohol as an illicit drug that must be tightly controlled. Contrast this with the situation that traditionally exists in a number of European countries, notably Italy, where children grow up with wine being a normal beverage at family meals. Despite higher per capita alcohol consumption, there is less alcoholism.[1]

Perhaps, then, the key to reducing alcohol abuse lies in being less restrictive about its consumption. Instead of focusing on keeping alcohol out of the hands of anyone under 21, society should model responsible behavior. Families should consume wine and beer in moderation (hard liquor only sparingly) at mealtime under the watchful eyes (but not the raised eyebrows) of the others at the table.

Children who are raised in homes with no sweets tend to raid the candy jar when visiting friends. Evidence suggests that if it becomes normal (and legal) for teenagers to have a glass or two of wine with meals in a family setting, they will have much less desire to go crazy with alcohol. I am fortunate enough to know this firsthand. I credit my safe and positive drinking habits to my parents’ raising me with a relaxed and unrestrictive approach to alcohol.

Those who grow up with wine as a standard feature of meals will naturally drink on Purim during the se‘udah only. Such a practice is also halachically sound—the Talmud juxtaposes its discussion of drinking on Purim to its analysis of the Purim se‘udah (Megillah 7b), implying that any mitzvah to drink is part and parcel of the meal. The Rambam rules this way explicitly, stating that consumption of wine is merely an aspect of the festive repast (Hilchot Megillah 2:15). Indeed, part of the reason drinking on Purim is out of hand is that the drinking does not take place in the correct setting. Roaming the streets at all hours swigging from a bottle of vodka lends itself to going overboard (it should also be noted that many authorities maintain that one fulfills the mitzvah of drinking on Purim with wine only).

But even if drinking is limited to the se‘udah, it is obviously still possible to become overly inebriated. Such conduct is, at first blush, sanctioned by the Talmud: “Says Rava: One must become intoxicated on Purim to the extent that one cannot distinguish [ad de-la yada] between ‘cursed is Haman’ and ‘blessed is Mordechai’” (Megillah 7a).

A comprehensive review of the extensive literature analyzing this line is beyond the scope of this article. Suffice it to say that many authorities do not take it literally. Rabbeinu Efraim, famously, does take the line at face value but maintains that it is not accepted as normative halacha. He bases his assertion on the fact that the Talmud follows Rava’s statement with a story demonstrating how drinking to excess on Purim can have terrible consequences. Many poskim embrace the view of Rabbeinu Efraim.

But can Rabbeinu Efraim be cited in support of a dry Purim? He certainly does not mean that one should consume no alcohol—after all, the Megillah itself calls Purim yom mishteh ve-simchah. The Rema, channeling Rabbeinu Efraim’s opinion, states that one need only drink “a bit more than usual” (Orach Chayim 695:2). We must recognize, however, that the special spiritual mood of Purim is enhanced when one’s soul is uplifted by alcohol. Is there any halachic view that presents a moderate approach between minimal alcohol consumption and total drunkenness?

Given the tension today between those who drink to dangerous levels on the one hand and those pushing for a dry Purim on the other, I believe that the posek who most speaks to us is the Bach (Orach Chayim 695). The Bach explains that the Talmud rejects Rava’s statement only to the extent that it advocates losing control of one’s faculties on Purim. It is clear, writes the Bach, that even Rabbeinu Efraim agrees that one must become quite tipsy on Purim but still remain in complete control of one’s behavior.[2] This ruling seems balanced and sensible, but requires self-control regarding alcohol consumption that can only be cultivated with a proper attitude toward drinking in general.

To sum up: Formulating an approach to drinking on Purim requires balancing halachic integrity, spirituality, and personal and public safety. In my view, the best course of action is to drink on Purim during the se‘udah only, and to become tipsy but not drunk. The ability to execute this plan successfully is predicated on a healthy and reasonable approach to alcohol consumption throughout the year.

Rabbi Yaakov Hoffman leads Washington Heights Congregation (“The Bridge Shul”). He has semicha Yoreh Yoreh and Yadin Yadin from RIETS and is a practicing Sofer. He can be reached at [email protected]