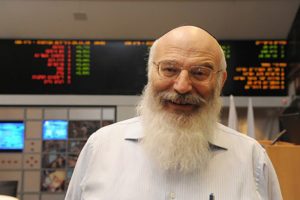 The well-known British doctor and pundit Jonathan Miller, who died last month, felt he had the solution to anti-Semitism.

He was quoted in a 1985 book as asserting that, to end Jew-hatred, “the Jew must constantly re-adventure and re-venture himself into assimilation.”

“I just think,” he continued, “it’s the nobler thing to do, unless in fact you happen to be a believer in Orthodoxy, in which case there are self-evident reasons to keep [living Jewish lives]. But, if it’s done for the sole purpose of making sure that in the future you’ll be able to say the prayers for the dead when the Holocaust is finally inflicted again, then I think it is a [cursed] device.”

The good doctor really should have realized that among the most assimilated Jews in modern times were much of German Jewry in the 1800s and the early part of last century, Jews who, in headstrong manner, adopted many of the practices and attitudes of their non-Jewish neighbors. And we all know how, despite those efforts to become “just Germans,” they were cruelly reminded of who in fact they were.

We “believers in Orthodoxy” could have explained to Dr. Miller that, au contraire, assimilation doesn’t prevent Jew hatred; it breeds it. We Jews are meant to be a people apart, and when we try to forget who we are, Hashem allows others to help us remember.

There is much talk these days, for good reason, about what practical steps can be taken to deal with anti-Semitism. In the wake of countless vandalisms of Jewish sites and cemeteries, physical attacks on Jews in Europe and here in America, and vicious verbal ones on the internet, various means of addressing the idiocy of Jew hatred are being put forward.

They are not without merit. Even though Chazal have revealed the law of nature that “Esav hates Yaakov,” there are efforts that can be made to counter both anti-Semitic acts and anti-Semitism itself.

Advocacy for security funding and increased police patrols are examples of the former. And educational efforts in public schools, of the latter.

There are, of course, chassidei umos ha’olam, people with an appreciation of Klal Yisrael; and then there are the aforementioned heirs of Esav. But there are also many people in our current (we hope final) outpost of galus who have as yet unformed attitudes about Jews. And so, educational efforts can be worthy means of fostering sanity and knowledge in young minds.

Another area in which our hishtadlus can help influence open-minded people to reject haters’ libels and imaginings is “upping our game” in our interactions with others.

All of us “visibly Jewish” Jews are aware that eyes are always on us; hopefully, we take pains to not act in any way that might be seen as uncaring or rude. We avoid cutting others off in traffic or raising our voices in public. We try to project the true image of a Torah-faithful Jew: modest, courteous and civil.

Sometimes, though – through no fault of our own – even our entirely proper restraint and reticence are misconstrued. Not only by people looking for anything they can “interpret” negatively, but even by “pareve” citizens who lack any pre-existing animus for us. Being reserved can be misunderstood as being “stand-offish”; avoiding eye contact can be misinterpreted as condescension.

Many of us who move among non-Jews during our commutes, or who work in non-Jewish environments, have found that being “proactive” in interactions with others can yield much good will.

An obviously observant Jew who enters a building and holds the door open for anyone behind him has likely, with that almost effortless act, left an impression.

An unsolicited “Good morning” to a fellow elevator passenger does the same. We have here nothing less than the testimony of Rabbi Yochanan ben Zakkai, that no one ever beat him to a greeting, as he was always first to offer one, “even [to] a non-Jew in the marketplace” (Brachos 17a).

Eye contact, when appropriate, is a statement of respect. And its lack, fairly or not, may be taken as the opposite. And a smile should be part of our faces too. Shammai tells us as much: “Receive every person with a pleasant countenance” (Avos 1:15).

Not long ago, a middle-aged African-American woman was waiting, as was I, for a bus that didn’t come. I phoned my wife to ask if she was free to pick me up at the bus stop, and she was. When she arrived, I offered the other would-be bus passenger a ride to her destination, a public housing project. Surprised but overjoyed, she accepted, and we took her home.

A few weeks later, waiting (I do a lot of waiting) for a ferry, I heard a loud, happy “Hi, Rabbi!” from behind me. It was she. And with her were her adult son and several grandchildren in tow. I returned her greeting (with a smile) and said hello to her family members.

End of unremarkable story. But it made me think about how the lady must have described my wife and me to her progeny. And how it might have influenced their picture of “Jews.”

Just as important – perhaps more so – than increasing security measures, police presence and educational programs is strengthening our efforts to show others who we really are.