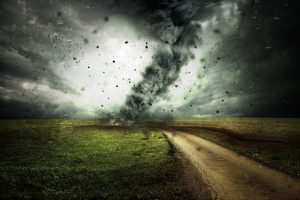 These questions, prompted by the new Nishma Research study entitled The Successes, Challenges, and Future of American Modern Orthodoxy and by ground-level experiences of disappointment with the Modern Orthodox reality, were raised by numerous recent articles; please see here, here and here.

In my analysis of the Nishma Research study, I wrote:

(I)t all seems to boil down to what Modern Orthodoxy is and what it is not. Is Modern Orthodoxy essentially a passionate commitment to Torah tradition, with an emphasis on navigating the modern world, along with appreciating and partaking of general society’s positive offerings, so long as they comply with and perhaps enhance one’s Torah experience? Or is Modern Orthodoxy a diluted and compromised form of Orthodoxy – the “MO Lite” brand – practiced by those who are not really interested in scrupulous adherence to the Shulchan Aruch and engagement in Torah study? Or is Modern Orthodoxy a new theology of sorts, which synthesizes Torah and secular values, and perhaps should accommodate changing societal attitudes?

The truth, I believe, is all of the above – for the simple reason that Modern Orthodoxy was never an actual denomination or movement in the first place. Rather, American Jews in the Orthodox orbit informally and pretty much coincidentally identify as Modern Orthodox for a variety of reasons, which are not really related. For example, I know people who send their children to Modern Orthodox day schools because these schools: a) harbor a serious commitment to secular studies/degree preparation (in addition to Torah studies), or b) “do not force students to be strictly religious” and often have many non-Orthodox students, or c) are Religious Zionist (e.g. they recite Hallel on Yom Ha’atzmaut and march in the Celebrate Israel parade, etc.), or d) provide a synthesis of Torah and secular ideology. Often, starkly different families send their children to the same exact Modern Orthodox school, each family for any of the above, disparate reasons. These parents, who identify as Modern Orthodox, range from not fully observant, to almost yeshivish/Charedi, to diehard hesder yeshiva types (many of whom are not fans of Western/“modern” values), to those who are not so interested in ideology but adhere to Halacha on a basic level, to Jews who proudly and devoutly espouse a “synthesis” hashkafa (and are fully observant). Modern Orthodoxy is thus more of a de facto, general descriptor than anything else; it is almost whatever one wants it to be and was never launched as an official movement (notwithstanding Rabbi Dr. Norman Lamm’s 1986 formulation of Centrist Orthodoxy; I was in the audience when Rabbi Lamm orally unveiled it at YU).

It is clear to me that the Nishma data reflects a blend of unrelated levels of observance and commitment that happen to fall under the loose Modern Orthodox classification. I know people who take great liberties with the observance of Shabbos, kashrus and most other areas of Halacha, and they have told me that they conduct themselves that way because they are Modern Orthodox. I also know some incredibly frum people – frummer than most yeshivish people – who refer to themselves as Modern Orthodox, simply due to their desire to engage and gain from the outside world (educationally and professionally). The Nishma research project includes these dramatically different types and more, and its data was hence all over the place. I am confident that the Nishma data which depicts seriously compromised halachic observance and openness to sending children to public school reflects input from “MO Lite” types who participated in the study.

That said, we must be extremely concerned by an unexpected religious decline in some sectors of the amorphous Modern Orthodox community. The Nishma study presented substantial negative data regarding the religious trajectory of many Modern Orthodox respondents, ranging from major lapses in halachic observance to openness toward sending children to public schools rather than to day schools/yeshiva education. Although it is clear to anyone who interacts with some parts of the Modern Orthodox population that halachic compliance is not exactly a top priority, the overall direction of the Modern Orthodox orbit over the past several decades had unmistakably been toward increased observance and commitment, despite extremely slow progress toward actualization in many cases. The Nishma study reveals that this trend has changed – the upward momentum has not been consistently maintained, as disturbing levels of disaffection and decline are now present in some pockets. It is my feeling that the Open Orthodox movement has capitalized on this state of affairs and perhaps further engendered it, but that is not the point. The upward course has for many now taken a downward turn.

The same is true in the Israeli Modern Orthodox/Religious Zionist (Dati Leumi) community, whose religiosity was rapidly growing, but where we now detect a downturn among some segments. Aside from these segments occasionally being led by rabbis with problematic beliefs, as detailed in the seminal disquisition by Dr. Adam S. Ferziger that was quoted in my aforementioned article, the push among some at the more liberal end of the Dati Leumi spectrum to dilute or challenge halachic adherence is startling. For example, as reported in The Jerusalem Post regarding the left-wing Dati Leumi Ne’emanei Torah Va’Avodah organization:

The Ne’emanei Torah Va’Avodah religious-Zionist organization has filed a petition to the High Court of Justice demanding that the Chief Rabbinate allow kosher restaurants to operate on Shabbat, and the group says that the development with McDonald’s in Ben-Gurion will be used to argue its case. Several months ago, McDonald’s won a tender for the operation of a restaurant in the Ben-Gurion departure lounge, which needed to be kosher and operate on Shabbat since there is a legal requirement to allow passengers to be able to buy food at all times when they are in an airport.

Ne’emanei Torah Va’Avodah’s board and staff, as well as its board of governors, includes the most prominent clergy and lay leadership of the liberal Dati Leumi community. Please take a look and see for yourself.

Although young people abandoning Orthodox Judaism is not a new phenomenon and it affects all stripes of Orthodoxy, the number of cases had been on steep decline. Whereas in my grandparents’ generation, it was (tragically) even considered somewhat unusual for young people to remain Orthodox, in the last half century, following the growth of the yeshiva/day school movement, thriving Orthodox synagogue and communal organizations and the kiruv/ba’al teshuva movement, as well as increased religious accommodation in the secular world, remaining observant had become the norm. Nonetheless, an uptick in youth abandoning Orthodoxy is again now being reported in Israeli and American Modern Orthodox circles. The Nismha data certainly provides corroboration for this scenario, and along with the weakening of Jewish values on college campuses and increased religious liberalism at the left end of Orthodoxy and beyond, an increasing number of young Orthodox Jews at the edge are starting to pack their bags and depart. (Yes, I realize that I could be writing a similar analysis of problems within the Charedi/yeshivish world that also have led to dropouts and superficial observance. Those problems deserve to be examined. But for the most part, the Charedi/yeshivish world is thriving and more than compensating for its losses.)

Since time immemorial, Religious Zionism has been accused by its detractors of placing Zionism above religion, and Modern Orthodoxy has likewise been accused of placing modernity above Orthodoxy. The detractors have been proven to be right and wrong, for some elements of the Religious Zionist and Modern Orthodox communities undoubtedly adhere to a diluted form of Torah, as other allegiances come first for these individuals, whereas for others, Torah is primary and pivotal, and all else needs to fit into Torah or be rejected.

We are witness to large Israeli and American Modern Orthodox populations that take Torah observance and learning with utmost seriousness. These people are true b’nei Torah in the fullest sense of the word, and they welcome secular education and culture only within the confines of the Torah. (This is similar to that which one of my rebbeim quoted to us, as he heard directly from Rav Soloveitchik: “When there is a clash between Elokei Yisroel and Eretz Yisroel (or Medinas Yisroel), we must go with Elokei Yisroel!”) These people are also part of the authentic Torah conversation, as they consult roshei yeshiva and poskim for halachic guidance (and of course for their teachings). In the broader picture, these people’s choice of “headgear” is immaterial, as is their stance on political Zionism and secular education, for they place Torah above everything else and conduct themselves as b’nei Torah of the highest caliber.

At the other end of the Modern Orthodox spectrum stands the “MO Lite” population, for whom compromised observance and oversaturation with secular culture and its values have brought about a quite serious “OTD” (off the derech) problem. (This population’s lack of connection with roshei yeshiva and poskim of any stripe further evidences and leads to its detachment from the heartbeat of Torah.)  Alongside the MO Lite grouping stand some of the more ideologically-engaged members of left-wing Dati Leumi Israeli Orthodoxy, whose fondness for (and at times infatuation with) modernity and liberalism, including feminism, pluralism and unorthodox (and usually very dry and uninspiring) Tanach study methodology (which can enter into the realm of heresy, as documented by Dr. Ferziger), is leading to a diluted and mixed message to the constituency that normative Torah tradition is “lav davka” and other competing values and ideas must be considered in formulating a “nuanced” approach to Judaism.

Were this current “MO-OTD” problem purely a function of the influence of outside pressures and influences, fought against valiantly by Orthodox leadership, it would be one thing. But when the very teachings of liberal Orthodoxy, in the form of mixed messages, contribute to people abandoning the ship, it is quite something else.

The dissolution of Modern Orthodoxy as we know it is staring us in the face.  Over one-third of the respondents to the Nishma research study feel that this phenomenon is well underway; it is exceedingly difficult to deny it.

As the Charedi/yeshivish population further interfaces with modernity and finds acceptable loci of expression therein, while holding fast to its principles, the “b’nei Torah” camp of Modern Orthodoxy is sure to detect this new, natural partner and informally enter into a broader union with it – while, I fear, the MO Lites and their liberal Dati Leumi counterparts will experience further movement away from Orthodoxy.

Modernity has frontally challenged Modern Orthodoxy, and individuals are choosing whether their modernity or their Orthodoxy will emerge on top. We pray that the latter will be the case, but the outlook is frightening.