Rebuke, Consolation, and the Centrality of Eretz Yisrael: Prescient Words of Rav Soloveitchik 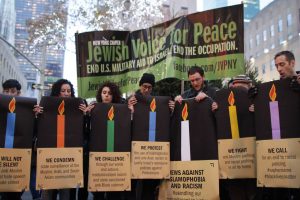 Torah is sometimes compared to wine, whose aficionados speak of different sensations at different places on the tongue. When Rav Soloveitchik’s thoughts (below) first hit my mental palate, they answered a question I had pondered about a recent Torah reading. By the time they rolled around a bit longer, they struck me as near-prophetic.

The tochechah, the long section of rebuke and its prediction of disastrous consequences for national disobedience, ends in a message of consolation. Hashem promises that in the worst of times, during the horrible times of exile and persecution, G-d would not revoke his covenant with His People.

Just before the formal consolation passage begins, there are two pesukim[1] that seem to deal with last-ditch efforts to stave off the worst of the Divine punishments. When all other reasons to regard them positively failed, He would remember His promise to the forefathers.

Why are the avos presented in reverse order? Toras Kohanim, cited by Rashi, took care of that at an early stage of commentary: starting with the most recent one (Yaakov), the Heavenly Tribunal will dip into a reservoir of merit, to try to stave off disaster. If Yaakov’s is exhauseted, they move on to Yitzchok, and then Avraham.

This thought was enhanced by the later observation[2] that the Jewish people would drop their firm grasp of the mitzvos associated with the forefathers in reverse order. First to go would be the Torah study of Yaakov. Even so, Jews would stay loyal to the prayer-devotion of Yitzchok, and remain faithful shul-goers and daveners. Alas, even that would erode. Still, Jews would shine in their philanthropy, carrying on the chesed of Avraham.

I got all that. But what about the verse’s last phrase, the part about remembering the Land? How does that suggest a way out of galus, or a an argument to palliate its symptoms, like the preceding phrases did? Some see it as a pledge that the Land would not respond well to other nations who would lay claim to it in the millennia of our national absence. That’s fine, but it means that invoking the Land has no real connection to what preceded it – the different meritorious activities that would anchor the Jewish people to its mission.

Now look at what Rav Soloveitchik wrote about these words many decades ago, which I came across in the Mesoras HaRav Chumash:

The very fact that Israel is isolated internationally, that the vast majority of Klal Yisrael is sympathetic towards her and ready to suffer all manner of charges against her by Jew-haters; the fact that we identify with the State and see all who oppose it as Jew-haters, is due to the sanctity of the patriarchs. Take away Eretz Yisrael, and the Jews of the diaspora will be engulfed by a tremendous wave of estrangement and assimilation. All the dramatic, tragic experience of the sanctity of the patriarchs, the existential difference of Jewish history, would, far be it, be wiped out.

When you reach the stage of “You will become lost among the nations” (verse 38); when you will be in turmoil, dumbfounded, afraid; when you no longer want to be recognized as Jewish, hiding like Jonah in the bowels of the ship; when you will be frightened by the lot of Abraham the Hebrew, of the patriarchal covenant—it will not avail you, in spite of all, to forget the ancient covenant. I will bring about something new that will always remind you of your Jewishness, that will exemplify the fact that you are different. I, God, will remember the patriarchal covenant so that you will be forced to remember it. The covenant of Abraham will boom forth from the radio, all the newspapers will point out the Jew, his particular problems, his stubbornness as well as his cast-iron determination. The shadow of Abraham our father will pursue you. Do you know how? By Eretz Yisrael—and I will remember the land.[3]

I imagine that when Rav Soloveitchk wrote these lines, he wished to convey that the return to Eretz Yisrael in recent times saved millions of Jews from cultural extinction. After the Holocaust, many Jews would have walked out of their association with the Jewish people, were it not for the miraculous establishment of the Jewish State, and its incredible accomplishments in a few short decades. Those who would have been happy to forget that they were Jewish were reminded of their heritage by the fixation of a hostile world on this fledgling state, moving heartstrings they thought they had long quieted. G-d used the return to Zion to lift the spirits of a broken people, and put them back on their feet again.

Our opening verse, now, is fully explicated. All parts are related. The closing phrase about the Land does indeed describe an instrument that prolongs the functioning of the first three. QED.

Here we are, more than seventy years later. Some of the worst of what Rav Soloveitchik said could have happened, in fact did. A Pew poll a few years ago showed two million American Jews who no longer identified as Jewish, doing so only after prodding by the pollster. Outside of Orthodoxy, intermarriage for American Jews is at the 71% level. Apart from the Orthodox, American Jews, who populate well below ZPG, are disappearing.

We are also seeing greater than minuscule numbers of Jews doing what only individuals did for the past two millennia – act as willing and vocal enemies of their brothers and sisters, compromising their security with impunity. While in previous centuries we had to contend with the occasional Jewish turncoat who tormented the rest of the community (e.g. Pablo Christiani, Jakob Pfefferkorn), today we have a marginal (but much larger) Jewish Voice for Peace. This is doubly tragic. Not only are these people at the last stop of a Jewish journey that lasted thousands of years, but their swan song is pure treachery.

Then there is another, larger group than the detestable JVP. They are decidedly not evil, but well-intentioned. But they have severed their connection with the message of Avraham, Yitzchok, and Yaakov. To them, the security of the State of Israel – the safety of the largest collection of Jews on the planet – has only secondary or tertiary (or less) significance. Some show no affinity for the Jewish State at all. Others do, but demote it on their list of moral priorities behind more important ones, like the Green New Deal, single-payer healthcare, and impeaching Donald Trump. Identification with the Jewish State has become the attitudinal touchstone of Jewish continuity into the next generation. Rav Soloveitchik’s words take on new – almost prophetic – meaning in regard to the Jews donning the mantle of progressivism, and forgetting their people and their Land:

It will not avail you, in spite of all, to forget the ancient covenant. I will bring about something new that will always remind you of your Jewishness, that will exemplify the fact that you are different. I, God, will remember the patriarchal covenant so that you will be forced to remember it..The shadow of Abraham our father will pursue you. Do you know how? By Eretz Yisrael—and I will remember the Land.

Something new – not new in Jewish history, but new by the experience of the post-Holocaust generations – is reminding Jews of their Jewishness. Left, right, center – the world is awash in a newly-rediscovered anti-Semitism, proudly lofted into the air by social media and the banner of extremist Islamism. Much of it thrives under the guise of hatred of Israel, rather than Jews. But we, who have been there before, can recognizes contrivances meant to mask hatred of Jews.

And when it gets worse, many of those will save themselves by running to – Eretz Yisrael.