Why Live in Israel? 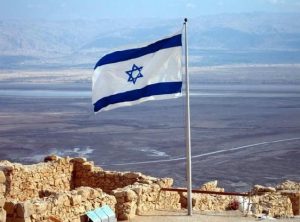 A few weeks ago, Rabbi Michael Broyde sent me an article he had written regarding his reaction to a question posed to him during his sabbatical in Israel: “So what do I think of Israel so far?” In good Jewish style, he responded to the question with a question, preceded by a story. I thought that a (somewhat truncated) version of his piece would serve as a good platform for discussion.

Here is the story, in his words:

It was the mid-1980’s at Yeshiva University and Rabbi Aharon Lichtenstein זצ”ל was speaking at a Friday morning Q&A and a student asked him why he moved to Israel. This was clearly not the first time he had been asked this question and he launched into a concise and erudite discussion of the mitzvah to live in Israel, outlining – I still remember – the four major views as he saw them and ending with the words “clearly a mitzvah.” The questioner immediately stood up and said “mitzvah shvitzva: who cares! Tell me what you like about living in Israel, so that you would live there even if it was no mitzvah at all.” Rabbi Lichtenstein was quite surprised by the question. He stopped in his tracks and said “Good question: I need to think” and he sat down and thought. It was very silent in the room: you could see his brow furrow and the heat emanating. After more than 5 minutes of deadly silence, Rabbi Lichtenstein spoke. He said thus (give or take): “I deeply enjoy the nobility of poverty found in the culture of Israel. People are ‘great people’ and ideas are ‘valuable ideas’ in Israel, even if they do not make you wealthy. Poor people in America are never respected: in Israel, poverty is still ennobling.”

Having turned the question on the questioner many times, Rabbi Broyde isolated five responses. Some people responded with multiple answers to the question of why they would live in Israel if it were not a mitzvah.

The first response: It is impossible that it is not a mitzvah, but if it were not, they would not want to live here. The mitzvah is to live here, and they are doing that mitzvah no matter how much it hurts – and it does hurt them much. Essentially, they exhibit huge mesiras nefesh for what they regard as clear halacha.

The second response: There is no real mitzvah to live in Israel. They live here because this is the best place to be economically struggling and Orthodox and learn Torah”. The cost of living in many places in Israel is cheap, Torah education (without an exorbitant tuition bill) abounds, health care is free, simple food is not expensive and ugly housing – which is still in a safe neighborhood surrounded by a loving Orthodox community – easily can be found.

The third response: Israel is the only place left in the world with deep Jewish culture. The calendar is Jewish, the curriculum is Jewish, the Jews are not in the closet, and the community is imbued with a sense of Jewish purpose that makes Israel the largest Eastern European shtetel ever. This is the only place we have where the dominant culture is grounded in our common Jewish law, history and culture. This response was given by many secular Jews, but it resonated with some religious Zionist respondents as well.

The fourth response: Jewish sovereignty is vital to the Jewish future — we need a nation and a state and an army to defend ourselves and that is Israel. The lessons of the Holocaust abound and there is no Jewish future without a Jewish army to defend it. The greatness of Israel lay in its sovereignty and its status as a nation like any other. This has nothing to do with the mitzvah to settle the land and in theory could be so in Iceland – but it is not. It is here in the Middle East, with all of its complexities and difficulties and wars, that Israel resides. But this has made Israel important and powerful and a true nation-state with a thriving economy, a powerful military and control over Jewish destiny.

The fifth response: The history of the Jewish people is one of wandering and exile. Israel now is one of those baskets of eggs that is housing and holding the Jewish people – millions and millions of them, more eggs here than any other basket – and we need to work as hard as we can to strengthen the basket and protect each and every egg. Historically, all baskets have eventually broken: some after a few centuries and some after a millennium or more; that could happen here also. We are here in Israel now and it is our mission and duty to help each egg grow and prosper and strengthen the basket. Every Jew needs to find the place they can prosper in and every Jew needs to invest in a basket, and its eggs.

So far, the five responses that Rabbi Broyde elicited. I could not contain myself from throwing in my own, very different, response. I found the question itself jarring and disappointing

My response: While Blaise Pascal was hardly an authority on Jewish thought, he was on to something when he said, “The heart has its reasons which reason knows nothing of… We know the truth not only by the reason, but by the heart.” Do we love our children because of the mitzvah of teaching them Torah? Do we need a compelling reason to love them? Or do our hearts overflow with the capacity to embrace them? Do we compile brag sheets that we consult before we feel self-love? Why don’t we need to? Davening is called avodah she-b’lev. Learning Torah seems to be more than adequate brain-food. Why do we need to nurture a different part of ourselves through davening? Is it reserved only for people, nebach, who didn’t learn in Brisk? Even some Litvaks will concede that the heart is not a vestigial organ. Sometimes, it, too must be pressed into avodas Hashem. Granted, when sechel and heart lock horns with each other, we are taught to assign primacy to sechel.[1] Are there not times, however, when sechel is silent, non-committal, or conflicted, while the heart roars, more than speaks?

Each Tisha B’Av, we realize that we are three-quarters of the way through the morning kinos when we reach R. Yehuda HaLevi’s Tziyon, Halo Sishali. “You are the royal palace and G-d’s throne, and how do slaves now sit on the thrones of your noblemen?…Who can make wings for me so that I can roam afar and move my ruptured heart to your ruptured hills?…Your souls come alive from the air of your land, and from the flowing myrrh of the dust of your soil, and the dripping honey of your rivers…Tziyon, perfectly beautiful, with love and grace you were bound long ago, and bound to you are the souls of your comrades…”

Can anyone tell me what reasons led to the beauty of his evocative words? What bound the souls of those comrades to the Land? Was it the mitzvos of the Land of Israel, a hatred of Christian (and Muslim) Spain? Tuition bills that were too high? Or did R. Yehuda HaLevi’s heart enlarge his vision beyond the myopia of the mind?

Do we need reasons to love Israel, to long to live there, or to thank HKBH every day for the privilege, if we already do? When we read of the history of our exile, with each page adding to what seems like a necrology of two millennia, blood adheres to our fingers. Can we rid ourselves of its stain anywhere but in the waters of the springs around Yerushalayim? After studying the Shoah, and then contemplating the rebuilding of a Torah community from the ashes, set in a country that did in seventy years what Voltaire swore Jews could never do, and what took others centuries to accomplish – can anything contain such a heart from bursting with pride? Can a Jew examine his moment in history in the context of the centuries that preceded it with anything but awe – and without yearning to be part of it?

I repeat: Does a Jew need a reason to love Eretz Yisrael?

Don’t get me wrong. This is not another futile exhortation to make aliyah aimed at those I left behind. While I don’t believe that anyone with a Jewish heart needs a reason to love this country and its people, I can easily provide all the reasons that many cannot or should not come. They include considerations of making a living, and for Westernized haredim, issues of chinuch. (Each year, there is more progress in creating new alternatives beyond the limited and limiting ones that have prevailed till now.)

My beef is with people who do not know what I am talking about, or do not care. More accurately, my disappointment is with those who educated them so that they do not know what Israel is, or its centrality in Torah thought.

One year ago, the OU published a modest collection of essays in honor of Israel’s 70th. I was one of the contributors, but have little recollection of what I wrote. Memorable, however, were a few paragraphs by Dr. Aviva Weisbord, the daughter of mv”r Rav Yaakov Weinberg zt”l (who was not known to be particularly enamored of Zionism.)

What is missing from our education that can leave so many Orthodox individuals devoid of attachment to our Land, with no understanding of the devotion we read about and sometimes learn about?

So, I did some unofficial research, and discovered the dilemma of the Torah schools in America. Because the State’s actions and attitudes are frequently at odds with the Torah, the schools became ambivalent about including “Israel” in the curriculum. In a sense, the schools redacted Israel in its fullest glory from Torah studies. Many schools are fine with teaching about Biblical Eretz Yisrael, but stop short of imparting true love for our precious Land.

There are Torah Jews who have attended the finest yeshivos and seminaries in the US, and have never visited Israel. Others have come, visited the Kotel, taken the pictures, and gladly headed back to their real homes. Still others could not tell you where the first (oblique) reference in Chumash to Eretz Yisrael is.[2] This should change.

I’ve spoken enough. Readers will want to add their responses to the question raised by Rabbi Broyde.