The Essence of Israel 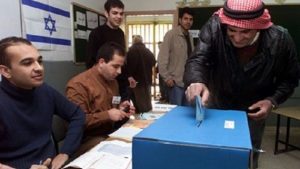 When Israeli Prime Minister Benjamin Netanyahu got into a dustup with a television personality and a movie star, many of us felt reasonably secure assuming which side was likely more Jewishly authentic. And since the disagreement involved Israel’s relationship to the Jewish people, all the more so.

Sometimes, though, reasonable assumptions must give way to history and hashkafah.

The ruckus began with Mr. Netanyahu’s statement that Israel is “the national state, not of all its citizens, but only of the Jewish people.” That declaration – like the Knesset’s passage last year of a new Basic Law titled “Israel as the Nation State of the Jewish People” – was regarded by some as compromising Israel’s democratic spirit. And it drew fire not only from the political left and celebrities but even from people like Israeli President Reuven Rivlin.

In his dissent, Mr. Rivlin emphasized Israel’s “complete equality of rights for all its citizens,” and that “there are no first-class citizens, and there are no second-class voters… We are all represented at the Knesset.”

On one level, the argument is mere semantics. Mr. Netanyahu does not deny Arab Israelis’ right to vote or be represented in the Knesset. And Mr. Rivlin surely subscribes to Israel’s foundational self-definition as a “Jewish State.”

That self-description, of course, is no more a violation of democratic principles than Tunisia’s or Morocco’s self-definitions as Muslim states; or Argentina’s or Sweden’s or England’s as Christian ones.

But it’s election season in Israel, and it is to Mr. Netanyahu’s advantage to portray himself as an adversary of Arabs. His camp has popularized the phrase, “Either Bibi or Tibi” – a reference to Arab Knesset member Ahmed Tibi – even though the prime minister’s actual challenger is the Blue and White Party’s Benny Gantz. (I’m personally rooting, as are Israel’s religious parties, for Bibi, just describing a campaign reality.)

And yet, the “Jewish state” controversy touches on an important issue worth some renewed contemplation by Jews committed to mesorah.

Before the founding of Israel, there was opposition among Gedolei Yisrael to the idea of Zionism, the quest to establish a Jewish state. The reasons for the opposition were several and compelling; here is not the place to expound on them. After Churban Europa, though, the horrifically altered situation brought the Gedolim who guided Agudas Yisrael to adopt what might best be characterized as a non-Zionist stance.

With Israel’s declaration of independence in 1948, those Gedolim decided that the state should be appreciated for what it was but essentially regarded as a political state like any other, even if one founded by and for Jews. Rav Reuvain Grozovsky, zt”l, eloquently expressed the Agudah philosophy in his concise but persuasive kuntres Ba’ayos Haz’man.

Thus, followers of Agudas Yisrael voted, and vote, in Israeli elections, and the movement sponsored an official political party in Israel that, to this day, plays a role – often pivotal – in the formation of Israeli governments. The party, today part of Yahadus HaTorah, or United Torah Judaism, is largely focused on defending the religious status quo agreed to by Israel’s future leaders in 1947, and on advocacy on behalf of Israel’s religious Jewish community.

Eretz Yisrael, precisely as the phrase translates, is the land of the Jews – the territory promised by Hashem to Avraham Avinu and populated by his descendants in the time of Yehoshua. The connection of Klal Yisrael to Eretz Yisrael is undeniable, unmalleable and eternal.

But the modern state of Israel, at least to the followers of the Gedolim who have guided Agudas Yisrael, is a political state in an era of galus, not some semblance of Malchus Beis David.

A non-Zionist “Agudist” Jew can embrace a hawkish attitude toward Israel’s defense; fully recognize radical Arab groups’ threat to Israel; condemn the Palestinian Authority’s detestable incitement against Israel; have and express deep appreciation of Israeli soldiers; and support Israel morally, politically and financially. But, unlike his national-religious counterparts, he sees Israel as a largely praiseworthy country, a refuge and protector of Jews, but not as an inherently hallowed entity.

Proponents of both a religiously-motivated embrace of political Zionism and a mesorah-based worldview agree that Israel is a country for Jews in the Jewish homeland that maintains respect for aspects of Jewish tradition.

But it seems to me – and, as always in this space, I speak only for myself – that the mesorah-based outlook on Israel does not comport well with any message, however motivated and however subtle, to Israel’s Arab citizens that they are in any way lesser parts of the country’s body politic.