After New Zealand: How Stereotypes Will Prevent A New Alliance 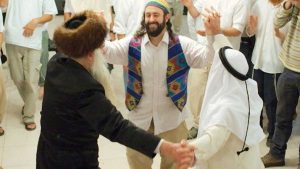 Every bullet fired at the mosque had at least three names on it: Muslim, Jew, Black. The dark, foreboding world of the far-right, replete with its own vocabulary, video games, and revisionist history, is an equal opportunity hater, at least insofar as those three groups. Their intended victims should naturally be drawn together. Whatever their differences, it makes sense for them to stand together against those who wish to physically annihilate them. That, however, won’t happen. It amounts to a separate tragedy. And while it seems that all civilized people, as they should, have expressed their outrage and pain over the horrific attack on the New Zealand mosques, this second tragedy will not even register.

The coming together of Jews and Muslims won’t happen because of deep-seated hatred and mistrust. Too many Muslims come from cultures that have demonized Jews for a matter of generations, not just years. (That’s all Jews, not just Israelis. They are taught in extremist mosques around the world that Jews are the worst of people, and must be eliminated.) While these are not the majority of Muslims, neither are they an inconsequential number. They are a cultural force even upon those who disagree with them – except, perhaps, on the growing number who have gone secular since coming to the West. In many cases, the haters have never met Jews – which has made it easier to provide them with a diabolical stereotype of the Jew (it doesn’t matter that it is a complete fabrication), and they see every Jew as that stereotype.

On the other side, the expulsion of hundreds of thousands of Jews from their homes in the Arab world in the years after the creation of the Jewish State, and the generations of terrorists and suicide bombers raised in the Arab and non-Arab Muslim world leave many Jews incapable of trusting Muslims, even if they would want to. This mimics the relationship between Jews and contemporary Germans. There is absolutely no question that there are now two generations of Germans who completely turned their backs in disgust on their own forbears. (I have personally met more Germans than I can remember who were consumed with guilt for something they did not do. Just a few weeks ago, I spoke to a group in Germany of liberal churchgoers. One person in the audience, almost in tears, exhorted the audience to take more seriously their guilt as Christians for the way their ancestors had treated Jews.) Yet, almost every Jew I know meets Germans in that country with a certain reserve, owing to one question: What was this person’s grandfather doing during the War? Similarly, Jews have difficulty in trusting people, when too many images of the evil committed by their relatives loom large in their minds. Does this person secretly wish to slit my throat, they ask? Many Jews as well look at a Muslim and see a stereotype.

The situation is not helped by the new images that only reinforce the stereotypes. While there were pictures of Jews crying together with Muslims after the horrible attack, no Jews were observed handing out candy to motorists in Israel or Brooklyn to celebrate it. But that is not the case in the streets of Gaza after terror attacks on Israeli citizens. It doesn’t help that Ilhan Omar, the present head of the Congressional Office to Promote Anti-Semitism, comes from and represents a subculture far removed from Israel and Jews, but rife with Jew-hatred. (Her congressional district has contributed more volunteers who left the US and fought for ISIS and Al-Shabab than any in the country.) It does not help that CAIR – the organization that speaks loudest for Muslims in this country – is held by two Arab countries to be an extension of the Muslim Brotherhood – Iran’s competitor as the world’s leading exporter of terrorism.

To be sure, individuals will escape those stereotypes, but it won’t happen on a large scale. Jews and Muslims – even in the West – will by and large be trapped by them.

This is not the case, however, regarding Jews and Blacks, who also commonly occupy the space in the cross-hairs of the extremist right. (In the case of Jews, the left is also gunning for them – perhaps even more dangerously – but that is a matter for a different essay.) Here we may be able to get past the stereotypes, and forge a closer alliance.

About two weeks ago, I spoke to a small gathering of black pastors at the Chicago office of the Simon Wiesenthal Center. I traced the history of the Black-Jewish relationship, beginning with the days (before the time of everyone in the room) in which Jews and African-Americans walked and worked together in Selma and throughout the civil rights movement. Then I provided my memories of the total meltdown of that relationship. The New York City teachers’ strike. White flight, and the racial tensions in mixed neighborhoods. I mentioned the time I walked into a classroom building at Queens College to be greeted by a large sign, courtesy of the Black Students Union: “How odd of G-d/ To choose the Jews.”

What had happened? In part, two communities fixated on stereotypes of the other. Too many Blacks saw all Jews as the occasional white landlord they despised. Or as the member of a minority group that managed, where they had not, to escape their poverty and powerlessness, and rise to seeming universal success – but exhibited what seemed to black people to be a paternalistic attitude towards them when they offered their help. The relationship was lopsided, and couldn’t last without resentment.

Too many Jews, many/most still living in urban or sub-urban areas, saw all Blacks as the uneducated, fatherless criminals they encountered in life, or in the daily news. The old alliance completely unraveled, here too, aided by stereotypes.

That’s the say it stayed for decades. Because of my work in Israel advocacy and interfaith affairs, I told them, I saw a possibility a few years ago for the relationship to pick up again. It would have to start with people of faith, like them.

I asked them to consider two threats to their community. The first was the white nationalists of Charlottesville. The other was the white interviewer, before whom appear two equally qualified candidates for a job. He sees himself as unbiased. He would be horrified to be called a racist. However, he harbors some latent disquiet/hesitancy/hostility towards black people, and selects the white candidate. Which one was of greater concern to them?

They readily admitted that it was the latter. There were far, far more people in the second group, and they daily inflicted harm inflicted upon Black aspirations. Moreover, because they insisted that they were not prejudiced, they often could not be guilted into dealing with their problem.

I helped them along. Many millions of American whites can tell you about slavery, and about its abolition. They will tell you that it was a moral evil, and that we put it behind us. Mention Jim Crow, and they will insist that he was an infielder for the Red Sox. Or Sheryl Crow’s brother. Tell them about what Jim Crow did to American black people, and they will shut down the conversation by noting that we elected a black president. After Barack Obama, black people have nothing to complain about, they say. They are wrong, and ignorance is not the only cause of their error. Despite huge strides in overcoming prejudice, many Americans do not even realize that they still harbor unconscious rejection of black people – and that it disadvantages Blacks.

The pastors readily agreed that low-grade, unrecognized hostility took a great toll on their community. [The distinction, by the way, was anticipated by the Vilna Gaon in his commentary to Esther 9:1, which references both “enemies” and “haters.” The enemy is the guy who is personally prepared to harm you. The hater won’t take action, but he will take delight when others do. In the Purim turnaround, the Jews were able to retaliate against both groups.] Now, I said, consider Jews. Even after Charlottesville and Pittsburgh, the immediate threat to Jews is not the violent attack, but the becoming the “other again.” This is taking many forms: the tolerance of anti-Semitism by the Labor Party in the UK, and the Democratic Party leadership in the US; the hatred of Israel – which is an often unconscious substitution for “Jews.” (This is consciously or unconsciously understood by everyone, except for the small number of Fetter[1] Tom turncoats in Jewish Voice For Peace, who are in the process of exiting the Jewish community, and whose grandchildren assuredly will no longer be Jewish.)

Blacks and Jews, therefore, are two communities facing an uptick in death threats from the far right, while both understand that subtlety of a threat of undiagnosed hostility from a numerically larger part of the population. They should be coming together.

But will they? Once again, stereotypes threaten to get in the way, ones of a more recent vintage. Polls show a higher rate of anti-Semitism in the Black community than in other groups.[2] The people who have been assaulting Jews on the streets of Brooklyn at an increasing rate are not the Irish-Americans who hassled me as a child. Much of the deepest hatred of Jews seems to be sourced in the rhetoric and activities of Louis Farrakhan. Ilhan Omar was supported to the hilt by the Congressional Black Caucus, which supported her as one of their own, while turning a blind eye on her anti-Semitism. Meanwhile, an entirely separate cesspool of Jew-hatred has opened on the left, with BLM joining in with the worst of the “intersectionality” talk that has magically transformed Jews not only into “whites” (which is really news to me, living in Israel where non-white Jews are in abundance, and in some areas, the majority), but as the iconic example of the detested “privileged whites.”

What does this mean? If left uncorrected, there will be a new round of stereotypes. Many Jews will assume that Blacks, as a group, hate them. And, in the words of Proverbs, “As water mirrors the face that looks into is, so does the heart of man to man.” The rejection will be reciprocated, even among those who previously harbored no negative feelings – and the polls have them as the majority.[3]

This would be both morally wrong, and counterproductive to Jewish interests. We need all the friends we can get for the rough times ahead. We cannot squander the good-will of millions of Americans.

What can be done? Plenty. If stereotypes are fed by images, we need to at least offset the ones that lead to rejection with ones that inspire acceptance. We should acquaint ourselves with the Black groups – especially conservative Black churches – that are pro-Israel. They include a not insubstantial number of people, who believe that Jews have a special place and special role according to the Bible. And we need to get those groups to meet real, live Jews – not stereotypes – especially Jews of deep faith.

The fact that we all know of organized hordes who are trying to kill all of us can be an impetus to begin conversations that have not yet happened, and to build important two-way bridges of cooperation.