The Old Lady and the Triathlon 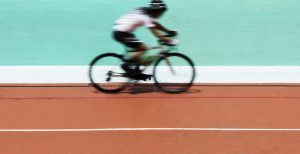 “I had to give up competing in Triathlons in America. I thought when I come to Israel I will now be able to resume. I was crestfallen to learn the triathlons are on Shabbat, with government funding,” complained the elderly triathlete. She had become observant, made Aliya, and had hoped to compete in the swimming-cycling-running contests in Israel.

This was the response of a grey-haired matron in one of the Young Israel shuls in Netanya last Shabbat when another member, Chaim Yankel, quoted a candidate who is hoping to become Prime Minister. Benny Gantz, in his maiden speech waved the flag of more chilul Shabbat as something his party would promote. In this general election there are four former generals on the Blue & White party list, among them Gantz. Chaim Yankel expressed shock that a person running for Prime Minister of the Jewish state would declare,

“It’s not just a question of deeds – it’s a question of identity. Israel is the State of the Jewish people, all of whose citizens are equal. The government under whose leadership I stand will respect the traditions of Israel and allow people to live according to their beliefs and values. We will promote the covenant of couplehood [marriage outside the Rabbinate, SLS] and the agreement regarding prayers at the Western Wall. We will allow public transportation on Shabbat in those communities that will choose this – but with meticulous observance of the holy character of this holy day.”

How does allowing public transportation jive with “meticulous observance of the holy character of this holy day”? It is an oxymoronic sentence. Gantz embodies inconsistencies (as we all do).
Soon after that speech he flew on Shabbat from Ben-Gurion airport (not on ELAL) to a meeting in Munich dealing with security issues. Still, he is reported as maintaining, “I am a secular traditional Jew. We make Kiddush on Friday night. I sit in my father’s seat in synagogue. I love tradition. It’s important to me. Emunah is something intimate.”

I shrugged and responded to Chaim Yankel that these statements of a candidate are just so much boiler plate rhetoric. “You should not take clichés about more chilul Shabbat seriously.” But my interlocutor replied that we should be shocked. “You have become so insensitive to the honor of Shabbat” Chaim Yankel rebuked me.

Chastised, I ruminated on the issue. Maybe living in Israel I had become too inured to Shabbat desecration. Then I recalled the response of the Klausenberger Rebbe, ztz”l when his Sanz Chassidim started shouting “Shabbos” at cars passing by the haredi enclave of Kiryat Sanz where I live. The Rebbe unequivocally forbid shouting “Shabbos.” “No one became observant because you yelled at him. Go home, open your windows, sing zmirot. That might have an effect on people.”

The Rebbe had an additional suggestion. He himself took on extra meticulousness in shmirat Shabbat when he saw chilul Shabbat in others. When he encountered disregard for mitzvot, he looked inward to see where he himself could improve.

Meanwhile, I have happy news for my elderly triathlete friend. I checked with the Israel Triathlon Association, and found at least one competition scheduled for a Friday morning. I will swim, bike, and run to tell her.