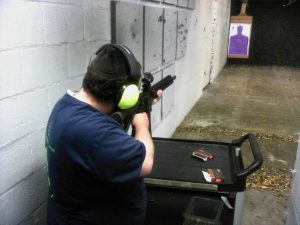 Should accused Pittsburgh murderer Robert Bowers be given the death penalty if convicted?

Representatives of liberal Jewry have basically responded with a resounding “No”. In a new Washington Post article, two leading Conservative rabbis and the associate director of the Religious Action Center of Reform Judaism affirmed their unequivocal opposition to capital punishment for Robert Bowers. One of the featured Conservative rabbis seemed to even be wary of administering the death penalty to Nazi mass murderers, and a very liberal rabbi who identifies as progressive-Orthodox stated, “When you have a moment to step back, you’ll have difficulty finding mainstream Jewish rabbis endorsing death.” (Please also see here.) The only rabbi interviewed by the Washington Post who seemed to not shut the door on the general question of capital punishment was Jeffrey Myers, who leads Congregation Tree of Life, where Bowers has been indicted for gunning down 11 worshipers.

It is unfortunate that the millions of people who read the Washington Post will come away with a highly distorted view of this topic.

The Talmud and halachic codes are clear that general society may and should apply capital punishment to murderers. Although a few authoritative rabbinic scholars have advocated for novel contemporary application (i.e. suspension), as is of course their right, the simple meaning of the texts is that the death penalty is very much mandated for murderers, so long as there are credible witnesses who observed the events and fair trials are conducted.

Rav Moshe Feinstein, the greatest halachic authority of the past few generations, in a famous 1981 letter to New York Governor Hugh Carey about capital punishment (in the context of a case involving a Jewish murderer – a true rarity, thank God), explained that while the Sanhedrin system applied capital punishment on an extremely infrequent basis, as people during the time of the Sanhedrin were fearful of committing murder, and the stringent requirements for a Sanhedrin trial and conviction were incredibly difficult to meet, due to many factors and safeguards built into the system – when dealing with an emboldened murderer and a society in which murder is occurring on a frequent basis, a different, simpler system was applied in Halacha, in which the death penalty could be more readily administered as a pragamtic deterrent to future murders and to protect society. (Igros Moshe – Choshen Mishpat 2:68) In other words, in modern-day America, when murder by cold-blooded monsters is sadly common, capital punishment may be applied despite the judicial process not fulfilling the exceedingly elaborate stipulations for a Sanhedrin trial and conviction.

It must be noted that the context of Reb Moshe’s letter was that of a Jewish murderer, who ideally should be dealt with according to Sanhedrin regulations. But even without this distinction, when we now read about murders throughout the country literally on a daily basis, it would be a real stretch to argue that resorting to the “pragmatic system” referenced by Reb Moshe is not appropriate and necessary for Robert Bowers and similar defendants .

Hence, despite the rabbi who identifies as progressive-Orthodox telling the Washington Post that “you’ll have difficulty finding mainstream Jewish rabbis endorsing (the) death (penalty)“, mainstream Halacha begs to differ.

In related news, a Colorado gun shop owner is now publicly offering rabbis free firearms and training, a few rabbis in New York City are advocating for clergy gun ownership, many Jews in Pennsylvania are undergoing firearms training, and a few conservative-leading Democratic politicians in Brooklyn (here and here) are unhesitatingly supporting the bringing of guns to houses of worship for self-defense purposes. However, the presence of armed congregants and even armed guards in houses of worship is opposed by many liberal politicians and religious leaders.

My only question to the opponents is why they feel that houses of worship (and undoubtedly schools as well) should be less secure than banks, government buildings and sports stadiums, which of course have armed guards. The logic escapes me.

Let us take a lesson from Israeli society, in which nearly all public spaces have armed security on various levels, and, thank God, terrorists are “neutralized” within seconds of commencing their actions. What would be if not for the ability to put down killers within an instant? We are all scared to consider the alternative.

We close with the words of Rabbi Joseph B. Soloveitchik, of blessed memory, from a 1974 public shiur in Boston (found here):

Defense in a basic human right. The dignity of man expresses itself through the latter’s ability to take a stand and to defend whatever God gave him, and to defy opposition, if the opposition is wrong.

Perhaps this is the policy now of the State of Israel. It is a policy which is morally justified. Self-affirmation is a relevant trait of man in general and the covenantal community in particular, and Halacha has accepted it, embraced this principle. “Ha’ba l’horg’cha, hashkeim l’horgo” (“if one comes to kill you, arise and kill him first”). (Sanhedrin 72a) We have a parshah, a section of the Torah, which deals exclusively with the rights of self-defense.

Not only self-defense in the sense of protecting one’s life, but self-defense of protecting one’s property. What parshah is it? Machteres. Im ba’machteres yimatzei ha’ganav. (The case of an intruder. “If a thief tunnels his way into your home…” – Shemos 22:1) What is the digest of that parshah, what kind of a story? The person came for what? He didn’t come to kill him. For instance, I am in my bedroom upstairs, the second floor, I heard someone opening the door and coming in; he came as a burglar. If I should not interfere with his burglary, he wouldn’t kill me. But if I should interfere, he’ll kill me, he’ll commit murder. So what is the law? The I have a right to kill him. If I disturb him, I have a right to kill him before he kills me. It means I may start. I may defend my property, even though I know that it will result in what? In murder. In killing. I have a right to defend my property, even though defense of my property will result in an act of killing. This is the Halacha. (Sanhedrin ibid.)