A Safer Place for Women… Redux 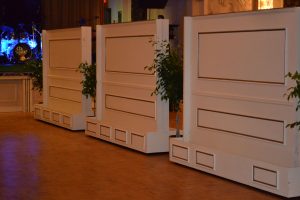 An October 17 article of mine at Tablet concerned the #MeToo movement.  It bemoaned the state of general society’s attitude toward women and suggested that it might be helpful if new norms based on the halachic prohibitions against yichud and negiah were adopted by the wider world.

The piece unleashed a number of angry responses on social media; and a rejoinder, in the form of a personal letter to me, was published by Tablet too, and can be read here:

My response to that rejoinder is below:

Thank you – and I mean that sincerely – for offering your perspective, an important one, to the discussion I hoped to spur.

I am appalled to read that you have been verbally assaulted as a woman by men in observant environments. While I have spent my entire life to date in such environments and have never seen a woman treated that way, I take your word for what you have experienced, and can only bemoan it. Jewish modesty is not limited to dress, and governs men no less than women.

But I cannot accept your contention that considering the halachic laws of yichud and negiah (which ban an unmarried man and woman from being secluded in private or touching one another, respectively) to be preventatives against abuse is “outlandish.”

If, at the earliest stage of a bad man’s bad intent toward a woman, she is warned of whom she is dealing with by his actions or words, how could that not help prevent the sort of assaults that the #MeToo movement has rightfully decried?

If, in a world with restrictions modeled on those of halacha, a man invites a woman to a secluded place or touches her in even an “innocent” way, that would be her signal to immediately recognize his less than honorable designs. And it is self-evident that if a man and woman are not secluded, he cannot wantonly abuse her without fear of witnesses.

That was the essence of what I wrote, and I don’t understand how anyone could read it as an attempt, God forbid, “to silence Orthodox women, to perpetuate abuse and to hide and shelter Orthodox abusers.”

As I explicitly wrote, sexual abuse does exist in the Orthodox community. Whether it is as widespread as you claim – and that exists, as you contend, within many marriages – is simply unknowable. You imply that it is very common, and that the relative dearth of claims is due to intimidation or social pressures. I allow you your assumptions, but assumptions, in the end, are not the same things as facts.

Yes, there are self-selected studies that show sexual abuse in the Orthodox community at levels similar to those in other parts of society. But a careful read of them yields the realization that a large part of such abuse, while reported by adult women, is about things that took place when they were children or adolescents, those least likely to realize that yichud and negiah are red lines that, if crossed, label the adult violator, whoever he is, a person to resist and avoid.

Child abuse is unquestionably a tragic and serious problem to which Orthodox society has, sadly, not shown itself immune. There is much to say about that topic its terrible toll and the efforts in the Orthodox community over recent years to combat it. Much to say about the studies, too, as in my P.S below.

But it is not the issue addressed by the #MeToo movement, and thus not pertinent to my essay. And conflating the two issues obscures the one at hand. We indeed need to better educate our children about abuse, and that is in fact happening in many places in many ways. But child abuse and adult-on-adult abuse are two very different, if equally abhorrent, animals.

You contend that “When women have been brave enough to voice their abuse, they are bullied, silenced and threatened again by our male leaders, rabbis who dismiss abuse, rabbis who protect abusers.” Every one of the congregational and teaching rabbis I know is are deeply sensitive to women’s safety and wellbeing, both within marriage and “on the street.” The picture you paint of chauvinistic disdain for women on the part of rabbinic leaders is as bizarre to me as if you had painted a landscape with black grass and a green sky. I don’t deny you your impression, but please know that it is diametric to mine.

I’m sorry but, for better or worse, I cannot change the fact that I am a “male Orthodox rabbi,” but I will not concede that that fact renders me unable to participate in the conversation about abuse, or makes me inherently insensitive to women. I don’t think that is a judgment either my wife or our six daughters (or any of the scores of female students I taught over many years) would regard as justified or fair. As to experience with sexual assault victims, I do indeed have some, though all were cases that took place when the victims were children. So please don’t deny me a voice in the discussion.

Finally, it is not “misogynistic” to note that women performers who appear in minimal clothing are not helping the cause of women’s dignity. It is factual.

Nor is counselling modesty in dress “victim blaming,” any more than counselling pedestrians to look both ways before crossing a street, or telling men to not let their wallets protrude from their back pants pockets in public. That’s not to blame anyone but the inattentive driver or pickpocket; but such counsel is simple common sense. From your self-description as an Orthodox mother, you would not smile, I am sure, on one of your daughters going out in public in revealing clothing. By asking her to not cave in to society’s exhibitionist expectations, you are not blaming them; you are educating them.

At no point did I – or ever would I – assert that seeming Torah-observers “are not susceptible to perpetrating evil.” Quite the contrary, bad intentions are everywhere. That was the very premise of my article, which argues that sensible precautions modeled on those of halacha could benefit our unrestrained world. I did not intend for that suggestion to cause offense, only to spur discussion. Thank you again for furthering that goal.

PS: Although child abuse, as I noted, is not what #MeToo is about, and not what my article and its suggestions concerned, some studies routinely cited about that issue are limited in what they can tell us.

Not only are some of them reliant (as they admit) on self-selected samples, which skew the results in the direction of artificially high percentages of abuse, but substantial amounts of even reported abuse was perpetrated by presumably non-Orthodox men (because the samples included women who only became observant after childhood).

And other studies report very different results. This synopsis of a 2014 Israeli study concludes that:

“Unexpectedly, no significant differences between observance groups are found for any childhood abuse (45%), physical abuse (24%), or emotional abuse (40%). Childhood sexual abuse has the lowest frequency (4.8%) of all abuse categories with more reported by Secular than Haredi respondents (7.7% vs. 3.1% p = .05).”

So, while even one case of child abuse is one case too many, and the Orthodox community must continue to be vigilant on this front, it is important, in the interest of facts and truth, to realize the limitations of studies.