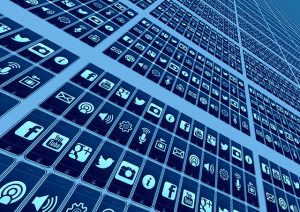 A few people commented to me that it seems like the ruling by the OU Rabbinic Panel that women can’t be ordained or appointed as clergy is getting a real beating, as “everyone is attacking it“. Who is that “everyone”, should you ask? “So many organizations and people all over the internet“.

This article is not really about the Rabbinic Panel’s ruling; please see here and here for discussion of the topic. Rather, it is about methodology, taking a few lessons from the OU ruling and from elsewhere.

Yes, anyone with a computer and the ability to read will immediately see that the OU ruling was pounced upon and beaten mercilessly by bloggers, Open Orthodox organizations and popular Facebookers. One Open Orthodox leader denounced the ruling as “a feeble understanding of historical process“, characterized its authors as “lack(ing) faith both in the Jewish People and the Torah as a potent force in leading the people to God” (!!) and of harboring a concern that is “contaminated with fear“, and he compared the ruling to a 19th century defense of pre-Civil War slavery (!!). Another Open Orthodox leader assailed the ruling as “laughable and pitiful” and erroneously tried to negate the ruling by invoking the words of Rav Moshe Feinstein (see par. 2 here for elaboration, and please see here and here as well), and yet another Open Orthodox leader condemned the ruling as “an expression of weakness and fear“, and, like all critiques of the ruling, failed in any manner to address its halachic and meta-halachic logic. (IRF likewise responded to the OU ruling by affirming the acceptability of women as rabbis, without addressing even one argument presented in the ruling.) Another article (written by a non-Orthodox author but cross-posted by Open Orthodox leadership) assaulted the OU ruling as “hypocrisy… It’s the vicious circle of patriarchy: a panel of men, reinforcing their own power… an announcement of its (the OU’s) own obsolescence“. Over two dozen attack articles and countless Facebook posts made these same points over the past week, utterly pummeling the ruling and its esteemed and honorable authors. The sounds of the ruling being viciously ripped up, burned and mashed into the pavement by steam rollers was almost audible, as a palpable sensation of rejection, condemnation and even rebellion and anger was sent through cyberspace. It seemed that the ruling wasn’t being well-received, to make an enormous understatement. Yet it was crystal clear that the critics were bent on vilifying the ruling and trying to silence its authors simply because they didn’t like it, rather than out of any sense of objective halachic analysis.

But alas – all of the blood-curdling shrieks and death curses against the OU ruling amounted to mere noise and hype, when it came to the facts on the ground. The vocal objections to the ruling were expressed by those who identify with a specific element that does not represent the main and bulk of the Orthodox community. The tens of thousands of Modern Orthodox Jews in Bergen County, the Five Towns and elsewhere further north, south, east and west did not come out against the ruling – nor did they feel a need to enter the fray and defend the ruling – as they naturally identify with those who wrote the ruling. For these members of the community, it is pretty much a non-issue, akin to their rabbis telling them not to rely on a certain hechsher or the like; they expect their rabbinic leaders to set standards, and this was not too different than numerous other cases of rabbinic rulings. In fact, the preponderance of the Modern Orthodox community did not in the first place presume that women can be rabbis, and mainstay Modern Orthodox shuls were not considering hiring a “Rabba” or a “Maharat”; the OU ruling merely formulated what was fairly obvious to these communities, and it affirmed the status quo. Hence, there was no need for public comment and certainly not for mass blogging about the ruling on the part of normative Modern Orthodox populaces.

The opponents of the ruling represent a very narrow and small but quite vocal group that does not speak for the balance and magnitude of the Modern Orthodox community, the latter of which has no major problems with the OU ruling and doesn’t feel the need to post online about it. (Not to mention the yeshivish Orthodox community, for whom the very suggestion of female clergy does not get off the ground.)

There is a second paramount point to consider: A striking parallel exists between how the OU ruling was largely portrayed online versus how it was received by the community at large, and how opinions are expressed in the news media versus how the average person on the street often thinks. When Proposition 8 passed in California, people were stunned. “Just about every article I read opposed it“, “the news reported how bad it is, and I therefore was sure that everyone was voting No“, “everyone was attacking it online“… But the truth was that the decidedly negative media coverage was not representative of the electorate, as African Americans, Latinos and concentrations of conservative white voters together came out with an unexpected Yes that pushed Proposition 8 over the top and into the law books. A majority of the state indeed supported Proposition 8, despite its almost uniformly negative depiction in the media prior to its passage. The same is obviously true with the most recent Presidential election, in which the candidate who received unprecedented negative media portrayal and was assured of a huge loss rose to victory against all expectations. Bottom line: News outlets, the blogosphere and social media are so frequently not representative of the feelings and beliefs of the person on the street, who usually does not care to blog or make a public fuss over issues, and for whom online hype is meaningless. Such is the case with the vast majority of Modern Orthodox Jews regarding the OU ruling; the fact that 90% of bloggers, Facebookers and progressive organizational leaders loudly expressed opposition, while those who have no real problem with the ruling and who comprise the silent majority were quiet on the matter in the blogosphere, is notable. The world of blogs and social media is dominated primarily by individuals who do not speak for the hamon am, the general masses, on so many issues. A small, interconnected group of progressive Orthodox-orbiting media mouths does not articulate the beliefs of the average frum Jew on the street.

And now for the real issue.

The OU ruling is the result of considered, sensitive and deliberate analysis on the part of some of the generation’s premier and most senior halachic leadership. It is a careful, clear and comprehensive ruling that carries an immense amount of weight. It is sadly the result of an “online mentality” that those who reject the ruling believe that op-ed pieces, Facebook posts and press releases can serve as refutations of a p’sak Halacha by gedolei ha-poskim. If someone would tell us that Rav Dovid Feinstein, Rav Chaim Kanievsky or Rav JD Bleich disagrees with the OU ruling and endorses the ordination of women for the rabbinate, we would have something to speak about. Absent that, it is utter folly for people to believe that their critiques (which are, to be honest, mostly emotional screeds and vague platitudes) detract in any way from the p’sak that the OU Rabbinic Panel rendered.

The primacy and unchallenged authority of gedolei ha-poskim and the generation’s ba’alei ha-mesorah was articulated by Rav Soloveitchik in his famous derasha about Korach. For bloggers, social media players and organizational heads to assail a comprehensive and broad-based p’sak by some of the greatest halachic luminaries is unacceptable and carries no weight.

The consequence of such a democratic philosophy is obvious. What Korach wanted, and what many want even now – and I’m not only speaking of dissident groups, I’m speaking of the Orthodox community – whether they speak it clearly or they use political terms and dubious language to cover it up, is that the instrument of the Torah be commonsensical for the everyday empirical intelligence, not the esoteric conceptual ideal logos, which can only be obtained through painstaking study and hard training. (Please see here, pp. 127-148.)

Anyone who reads the attacks on the OU Rabbinic Panel’s ruling, such as this, this, and the earlier-linked attack pieces, is immediately confronted with the approach that is adressed and dismissed by the Rav.

The same is true with the episode of the letter of foremost poskim against International Beit Din, in which Open Orthodox leaders tried to organize a popular petition to oppose the poskim’s letter. (Please see here and here.) And it is true with all matters in which rulings by the generation’s most preeminent and senior rabbinic authorities are negated and pilloried on the blogosphere and elsewhere by those who are so very distant from these sages’ ranks.

We conclude with the words of Rav Aharon Lichtenstein:

In the absence of an imprimatur from any Shofet ShebeYamecha [contemporary authority] whatsoever, it would be difficult, if not impossible, to justify adoption of norms and values in defiance of a wall-to-wall phalanx of gedolei Israel. Such action would simply be regarded as error…[T]he ordinary person must base himself upon a Shofet ShebeYamecha…[And] no such course [of action, in defiance of the gedolei Israel,] could be championed in the public sphere. (Engaging Modernity, p. 14 – courtesy here)