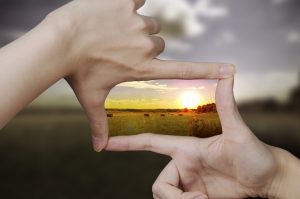 More than 40 years ago, at just about this time of year, the rebbi insisted I leave class. I readily obliged.

The details of what prompted my banishment, while amusing, aren’t important. All you need to know is that someone had called out something while the rebbi’s eyes were in his sefer, and that it hadn’t been I. (Admittedly, on a number of occasions during my schooling I would have rightfully been accused of various violations of rules or decorum. That particular time, however, I happened to be innocent.).

Irate at the unfairness of it all, I marched to the office of the principal, Rabbi Joel Feldman, shlita, announced with righteous indignation that my punishment had been unjust, and declared that I had no intention of ever returning to that shiur. I was convinced, I declared, that the rebbi, while a fine man, had it in for me.

I was surprised by the principal’s reaction. He didn’t ask me to identify the criminal (and, honoring the high school omertà code, I would never have told him anyway), but simply said, “Well, I can’t send you to the lower shiur; you’d be bored. So I guess I’ll send you to Rabbi Rottenberg’s shiur.”

Rav Yosef Rottenberg, shlita (may he have a refuah shleimah), was Baltimore’s Yeshivas Chofetz Chaim’s “high shiur” rebbi at the time and its eventual Rosh Yeshivah. I was taken aback but readily accepted the offer.

That marked a turning point in my life. Although the shiur was somewhat over my head, I made some effort (for a change), and actually did some learning. Rabbi Rottenberg, a brilliant Torah-scholar and talmid of Rav Moshe Feinstein, zt”l, truly became my rebbi. His broad knowledge of both Torah and worldly matters, not to mention his well-honed sense of humor, were inspiring. When I graduated, he recommended me to Yeshivas Kol Torah in Bayit Vegan, where I learned before returning to Baltimore and continuing my studies in Yeshivas Ner Yisrael.

I owe any hatzlachah I had thereafter to Rabbi Feldman, Rabbi Rottenberg… and Rebbi X (not his real initial), the one who ordered me out of shiur.

I don’t write those words facetiously. Hakaras hatov is due for any tov, intended as such or not. Why else, the baalei mussar ask, could Moshe Rabbeinu be “indebted” to the water or to the earth to the point where Aharon had to strike them to bring about the makkos of dam, tzefardeia and kinim? Inanimate objects can’t be objects of what we call “gratitude.” They can, though, be objects of hakaras hatov, “recognition of the good” – which is for our own benefit, not that of the objects.

And that requirement to recognize good exists even when the good is sourced in something negative. In last week’s parashah, Moshe is described by the daughters of Yisro as an “ish mitzri,” an “Egyptian man.” Midrash Tanchuma has it that the reference is to the “ish mitzri” Moshe had killed in Mitzrayim, whose death was the cause of his flight to Midyan. Moshe, in other words, in a sense, owed much to that Mitzri.

Many years after being kicked out of shiur, I myself, ironically, served as a rebbi and principal of a yeshivah, in an ‘out-of-town’ community. And one day, I found myself forced to leave – not just the classroom but the institution. A new overseer, working with a board of directors with a very different vision than I had of what the yeshivah should be, told me that he couldn’t guarantee my position for the following school year.

I was heartbroken to leave my beloved yeshivah and community. And more, to be forced to entertain something I had often said I would never do: move to New York. But Rabbi Moshe Sherer, z”l, had asked me to join Agudath Israel’s staff. Tearfully, my wife and I and our young family left our home of 11 years.

Fast-forward a few more years, after we had acclimated to our new location, and I to my new job, which I grew to deeply appreciate. One Shabbos in shul, I saw Rabbi Y. (not his real initial either), the overseer who was the cause of our exile. He was related to someone in the community and had come to visit.

First reaction: Oh, no! Not him!

But then, a deeper, more profound thought dawned: I owe this guy my new life. And I said to myself, as all feelings of hakaras hatov should ultimately impel us to say, “Baruch Hashem.”