The Silent Majority Has the Last Word 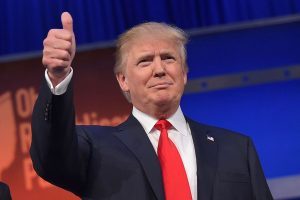 First published in The American Spectator.

The polls were wrong, the projections off, the media biased, and the silent majority came to vote. Donald Trump is president-elect of the United States, and the pundits are scratching their heads.

Why were Trump’s supporters — many of whom were uncomfortable with his rhetoric — so mobilized to come out and support a tainted candidate?

Some of the credit lies with these media pundits themselves, along with the rest of Clinton’s base. They don’t see this, and will surely never admit it, but they themselves helped to galvanize support for Donald Trump and gave him the election.

The old-guard media, convinced that the public is hanging on its every word, was not content to merely broadcast Trump’s actual failings. Instead, it repeatedly engaged in unfair and scurrilous condemnation.

Every American pays the least possible tax owed by law, as Judge Learned Hand observed in 1935, yet we were told it was “reprehensible” for Trump to do the same. Tim Kaine accused Trump of praising Putin as a “great leader,” and media outlets dutifully concurred with an obvious lie. Trump had assessed Putin as stronger than Obama. In fact, Philippine President Duterte recently agreed, demonstrating that the perception of weak American leadership is detrimental to the spread of liberty and human rights around the world.

These are but a few examples of an ongoing effort to misrepresent and even falsify the statements of candidate Trump. Everyone following the election has surely noticed multiple instances of talking heads misconstruing a quote from Trump. “That’s not what he said!” many a viewer would mutter — or scream.

When Clinton herself described Trump supporters as “a basket of deplorables,” the media agreed and her fans ran with it. As Scott Adams (of Dilbert fame) observed, “If you have a Trump sign on your lawn, they will steal it. If you have a Trump bumper sticker, they will deface your car. If you speak of Trump at work, you could get fired.”

This was no exaggeration. Viral video captured the verbal and physical assault upon a student wearing a “Make America Great Again” hat on campus. Though the victim was married to an immigrant, his assailant continued to berate him for racism, sexism and hatred toward immigrants until a third party grabbed the hat from his head and ran off.

I experienced this kind of abuse personally. One Clinton fan called me “a rabbi supporting the next Hitler” for a brief pro-Trump comment on Facebook. Another bizarrely called Trump a “candidate who says about other ethnic groups what Hitler said about Jews” and accused me of abandoning Jewish values. Others “merely” said that voting for Trump both encourages anti-Semitism and is tantamount to a personal endorsement of Trump’s failings.

Adams’s response to the harassment and vandalism was to brand Democrats the “Bully Party,” stating that he endorses Donald Trump “because I oppose bullying in all its forms.” Yet this alone does not explain why so many voters identified with Trump and came forward to support him. It is because they felt bullied in other ways as well — and not, as one CNN commentator insisted, because they are white. On the contrary, Americans of all ethnicities and national origins identified with similar persecution by the Left, targeting their core values.

People are tired of being characterized as sexist and homophobic because of their sincerely held religious beliefs. They are angry at being labeled racist or xenophobic simply because they believe in the rule of law and the Constitution. They object to being told that support for the moral virtues found in the Holy Bible is somehow immoral.

Trump has been the voice of those vilified by a media culture for being out of lockstep with the values of Hollywood and made to feel inferior to the denizens of cosmopolitan Manhattan.

This is why the press and the pundits were caught off guard on election night. The media and Beltway experts, in their hubris, didn’t believe their polling could be wrong, or they misunderstood the American people. These same people made Trump supporters feel dirty. Their message was to stay in the closet, so they stayed hidden when polls were taken and kept the yard sign in the garage.

Yet at the end of the day, the very rhetoric and behavior designed to bully them into silence only inspired them to come out and stand against the relentless pursuit of big government policies that hurt their families and endangered the very democracy they cherish.