As Memory turns to History 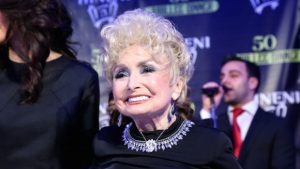 In the span of less than two months, the Jewish people have lost two of its most renowned and articulate Holocaust survivors, Elie Weisel and Rebbetzin Esther Jungreis. Naturally, there is a personal loss felt most keenly by family and friends. Yet on a national level, their remarkable accomplishments in the face of adversity, serve to illuminate and instruct. In each of their narratives, we can gain insight into Churban Europe’s theological and social implications. Yet perhaps even more crucial, is the question of what now? With survivors passing on or becoming increasingly unable to bear witness, our communal Holocaust memory is on the brink of fading into history.

The Hungarian born Rebbetzin Jungreis survived Bergen-Belsen, coming to the United States after liberation. In an early television interview she succinctly expressed her response serving as the rationale to her work.

“When I was a little girl, I was in the concentration camps, and I saw the destruction of my people. I never anticipated that in the United States, I would witness destruction again. This time of course, the destruction is different, instead of the Holocaust of the body, we are witness to the Holocaust of the soul……. You confront young Jews today, and they are knowledgeable on every subject, science, technology, culture, music, it is all at their command. But ask a Jew about Isaiah, Jeremiah, the Mishna, the Talmud, he cannot answer you…… Our mission is to kindle the spark……. because if you believe in God, then you cannot help but do something to reach out to his people”.

It was a response of pure faith, a reaction shared by many others who survived, that led Rebbetzin Jungreis to rebuild. With her character and charisma, she established Hineni in 1973, an early kiruv organization aimed at combatting intermarriage and assimilation amongst young Jews. Not with the guilt of granting Hitler a posthumous victory, but with a spiritually enriching education, allowing people to joyously embrace their Judaism.

Elie Wiesel’s response was in some ways more challenging to the Torah Jew. Born in Sighet, Wiesel survived Auschwitz and Buchenwald. First in Paris and then New York, Wiesel penned now classic works, including “Night” and “Legends of Our Time”, gradually emerging as an “icon of conscience”, to quote Commentary’s Jonathan Tobin. Having personally experienced the Third Reich’s barbarity, Wiesel’s faith in God was severely tested. Many of his writings from the 1950’s and 1960’s express ideas at odds with traditional concepts of emunah. In Legends of Our Time, Wiesel wrote;

“The executioner killed for nothing, the victim died for nothing. No God ordered the one to prepare the stake, nor the other to mount it. During the Middle Ages, the Jews, when they chose death, were convinced that by their sacrifice they were glorifying and sanctifying God’s name. At Auschwitz, the sacrifices were without point, without faith, without divine inspiration. If the suffering of one human being has any meaning, that of six million has none. Numbers have their own importance; they prove, according to Piotr Rawicz, that God has gone mad[1].”

It is beyond the scope of this article and my paygrade to delve extensively into the theological questions of suffering, evil and indifference that Churban Europe thrust to the fore. But the above quote is an incomplete picture. When Wiesel passed away, a sagacious neighbor of mine shared with me a perspective altering New York Times editorial that Wiesel had written in 1997, entitled “A Prayer for the Days of Awe”.

“Master of the Universe, let us make up. It is time. How long can we go on being angry? More than 50 years have passed since the nightmare was lifted. Many things, good and less good, have since happened to those who survived it. They learned to build on ruins. Family life was re-created. Children were born, friendships struck….. Does this mean that the wounds in their soul have healed? They will never heal. As long as a spark of the flames of Auschwitz and Treblinka glows in their memory, so long will my joy be incomplete….. What about my faith in you, Master of the Universe? I now realize I never lost it, not even over there, during the darkest hours of my life. I don’t know why I kept on whispering my daily prayers, and those one reserved for the Sabbath, and for the holidays…. In my testimony I have written harsh words, burning words about your role in our tragedy. I would not repeat them today. But I felt them then. I felt them in every cell of my being……. Let us make up, Master of the Universe. In spite of everything that happened? Yes, in spite. Let us make up: for the child in me, it is unbearable to be divorced from you so long[2].”

Both the response of pure faith and a desire to rebuild, embodied by Rebbetzin Jungreis, and the winding search for meaning behind the destruction of European Jewry, epitomized by Elie Weisel, are profoundly Jewish responses. Yet with time marching on and the loss of these two prominent survivors, we are entering a new era where the Holocaust is no longer part of the communal conscious.

The discipline of post-Holocaust studies itself, a field that includes the way survivors viewed God’s role in the Holocaust, is a case in point. Churban Europe confronted us with the question of theodicy in the most direct way, and in the following decades, the entire Orthodox spectrum and beyond, from R. Meir Kahane to Professor Emil Fackenheim, grappled with its meaning. Serving almost as book ends, R. Hutner’s challenging 1977 essay in the Jewish Observer and R. Yitz Greenberg’s works on the Holocaust each created a furor in their time. Today such conversations have all but ended, serving as academic points of interest at best. I am still shy of my thirtieth birthday, yet when I read R. Ephraim Oshry’s “The Annihilation of Lithuanian Jewry”, he had only recently passed away and I could point to elderly people I knew, who experienced the horrors firsthand. A Jewish child born today will in all likelihood, find R. Ephraim Oshry’s works comparable to R. Nathan Hanover’s Yeven Metzulah, which describes the Chmielnicki massacres of Tach v’Tat; recording a chapter in our history written in the blood of our martyrs, but as history, not as a memory that a living person could connect him or her to. In my elementary school we had a yearly visit from a survivor who shared his story, and in my unique circumstance, I had my own Polish-born father who spent his childhood in flight from Hitler ending up Siberia.

Beyond being over seventy years removed and with the passing of most of those who could bear witness, the Jewish world is also drastically different. Though not bereft of challenges, we have thriving Diaspora communities and a Jewish state, where Torah reverberates and many have found socio-economic success. And in Israel, we have what is unique in 2000 years of Jewish history, but today seems almost routine; a place where Jews can defend themselves and seek refuge. A notable Rov once shared with me his way of framing the sea change. He said that seventy years ago, parents needed to explain to their children why we still needed to celebrate Pesach, zman cheirusenu. Today, parents need to explain why we still must commemorate Tisha B’Av and national mourning.

In this modern reality, there is still what we can do. We still have she’aris hapleitah yidden who we must connect to as best as possible. In addition, technology and the archival material collected by Yad Vashem and other key organizations, along with the Spielberg recordings will allow for the lessons of the Holocaust to continue in a way that earlier periods lacked. We also must guard against revisionism and Holocaust denial. Holocaust denial is itself a more recent byproduct of its underlying subject, and studying the work and court battles of Professor Deborah Lipstadt can connect people to almost bygone era. The recent episode over an outspoken Rabbi’s inappropriate and incorrect remarks minimizing the Holocaust’s impact, indicates a need to bolster the teaching of Jewish history in our schools, and a need to disregard the teachings of that particular Rabbi.

Yet there is no avoiding the chronological fact we have arrived at a time when the Holocaust is all but history. We owe it to those who survived and to those who died to perpetuate their legacy. The very best we can do, is to channel Elie Weisel and Rebbetzin Jungreis, by turning to Hashem.

“Master of the Universe, we have just entered into the serious days of Elul culminating with the Yomim Noraim. This year, unlike years past, we will be judged without the protective presence of two holy Jews, Rebbetzin Jungreis and Elie Wiesel, who experienced your wrath and your benevolence. Give us the strength to continue as your beloved children. Father in heaven please do not forget the memory of the six million who died and those who survived but have since passed on. May the time come when we will be reunited with generations past, and find solace in the full emergence of your presence”.

Shmuel Winiarz is an alumnus of Ner Yisroel and Cardozo Law School. He currently works at DMC Worldwide in Government Affairs. Shmuel lives in Riverdale, NY.

The online HTML and CSS cleaner will take care of your dirty markup. Theyare both free online tools.