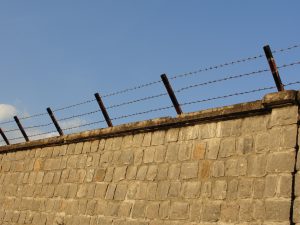 So, where exactly was the lie?

The one, that is, to which the meraglim had to add some truth, in order for it to be swallowed.

In this past Shabbos’ parashah, the spies, returning from Kenaan, reported to Moshe Rabbeinu that they “came to the land to which you sent us, and indeed it is flowing with milk and honey” (Bamidbar, 13:27). Quoting the Gemara (Sotah, 35a), Rashi comments that “Any lie in which a little truth is not stated at the start cannot be maintained in the end.”

But not only was the report of the land’s bounty true. So was, at least on the surface, everything else the meraglim reported. Yes, they described the fearsome inhabitants of the land, the “men of stature,” and the burials of many of the land’s inhabitants. That negativity constituted dibah, as the Torah itself says – as Chazal put it, lashon hara. But where was the untruth, the lie?

And yet, notes Rav Charlop, the spies reported that “the people who inhabit the land are mighty, and the cities are very greatly fortified” (3:28). A self-contradiction, since if the inhabitants were indeed mighty, as per Moshe’s sign, they would not have needed to fortify their cities. And if their cities were fortified, that meant the people were feeble. There, the Mei Marom suggests, lies the lie.

That walls are antithetical to strength is a thought worthy of consideration in contemporary times, here in the U.S.

Fortifying our country against infiltrators bent on harming us, or on changing the nature of the republic, has been a major topic of discussion in the presidential campaign over many months – indeed, in the national marketplace of ideas for much longer.

President Obama recently asserted that “America is a nation of immigrants. That’s our strength. Unless you are a Native American, somebody, somewhere in your past showed up from someplace else, and they didn’t always have papers.” That’s a truth that we Jews know well.

But concern about how to deal with the estimated 3.6 million undocumented immigrants currently in the country is valid, too. As is – even more so – concern about the possible leanings of some who wish to come to America.

Regarding the former, a deadlocked Supreme Court recently quashed any chance of resolving the issue before the presidential election, leaving in place an injunction blocking the president’s “Deferred Action for Parents of Americans” plan (DAPA), deferring deportations of undocumented immigrants who have American families and no criminal record, and allowing them to obtain work permits.

Hillary Clinton has pledged, if elected, to continue to push for DAPA, presumably after nominating a replacement to the late Antonin Scalia’s High Court seat. Donald Trump has called DAPA “one of the most unconstitutional actions ever undertaken by a president” and has said he’d deport all undocumented immigrants.

He has also seized the issue of the threat posed by future immigration, promising to ban all Muslims from coming to the U.S.

Immigration is one of those issues (are there really any others these days?) about which many get hot and polarized, righteously glomming onto one extreme position – that we should open our borders to any and all, and relax quotas and scrutiny – or the other – that we should deport all undocumented immigrants and accept no Muslims.

The wisest approach, though, as so often it does, likely lies someplace in the middle here, with reasonable accommodation of, but clear demands on, foreigners already living in the U.S. for years; and intensified scrutiny of new immigrants – based on region of origin, not religion.

But whatever one’s position on immigration issues, the midrash’s words speak to us. Should America in fact need to build physically high border walls and conceptually high barriers to immigration, what it will reveal, according to the formula conveyed by Moshe Rabbeinu to the meraglim, is not how strong our nation is, but the opposite.

Walling off America, in other words, is the converse of making it great.