Yisro, Pablo Escobar, and A Coming Wave of New Converts 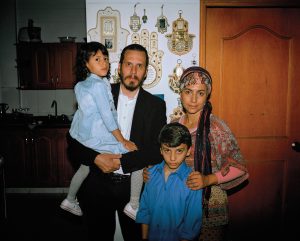 What do modern-day conversion and Yisro have in common? Not so much, according to the people I know. Records kept over many years by the beis din on which I sit (the RCC, in Los Angeles) group candidates according to their motivation. The “spiritual seekers” trail behind those who got interested through their significant other, or are attracted by the life style of genuine Judaism, especially family and community. Yisro, who tried on many forms of religious life before settling on Judaism, would today have to take a number and wait behind people on the conversion line who had been lured by cholent and kugel.

If you guessed that this might be different where religious fervor is part of the general culture, you would be correct – at least anecdotally. Colleagues in Dallas (otherwise known as the buckle of the Bible Belt) report a greater number of applicants who left full-blown involvement with other faiths because they came to reject their assumptions and underpinnings.

While many of these become fervent, model practicing Jews, batei din have learned to exercise caution in regard to this brand of seeker. Some are what might be called “religious tourists,” sampling a new faith long enough to genuinely convince themselves that they believe in it, but tiring of it after a few years, after which they move on to the next religion. Conversion courts try to determine whether the candidates in front of them are really love-struck with Yiddishkeit, or merely in the grips of an infatuation.

Importation from Medellin, Columbia, may change the picture. And we don’t mean cocaine. The remarkable story of the conversion to haredi Judaism of literally hundreds of people there is the subject of media interest over the last years, including a recent riveting account in California Sunday Magazine.

Cocaine actually does contribute to the story. Especially the prevalence of death and despair in Bello, a northern suburb of Medellin that was once the capital of assassins in the employ of Pablo Escobar. That is where the story of the two protagonists starts. It wends its way through fascinating by-ways before its happy conclusion. Along the way we encounter religions gone bad; Israel as a kind of rehab therapy for Central American gang leaders; rejection of the spiritual seekers by the established “uptown” Jews in Medellin (who are Jewish culturally, but not observant, and eventually are upstaged by the converts); supporting roles of the Diaspora Yeshiva and Shavei Yisrael, the Israeli organization that advocates on behalf of dozens of “lost” Jewish communities around the world.

There is more here than another feel-good story.

Millions through­out Latin America have abandoned Catholicism, the faith of their parents. For almost 500 years, the church had maintained a monopoly on their souls. In the 1960s, 90 percent of the population was Catholic. That figure has now dropped to 69 percent. Most of the apostates moved toward evangelicalism, but a smaller, less visible cohort chose Judaism. There are at least 60 communities at different stages of conversion throughout Latin America. Most have come to Judaism without knowing about the others.

The Jews of Bello are the best organized, but they are not the only group that has transitioned from Catholicism to evangelicalism to Judaism. There are at least 60 such communities at different stages of conversion in Mexico, Guatemala, Honduras, Nicaragua, Costa Rica, El Salvador, the Dominican Republic, Venezuela, Ecuador, Peru, Brazil, Chile, and Bolivia. Even in Colombia, Bello is not unique. Thirty similar communities have emerged across the country. Some are just starting; others have been practicing for years.

They have come to Judaism separately, most without knowing about the others. Some converted out of a desire to pursue something original. Some found Judaism during their biblical studies. Others were attracted by the allure of Israel as a world power and the social prestige of Jewish identity as one of economic privilege.

All of these may impact upon the Orthodox world in the future. The trajectory of the geirei tzedek of Bello, however has the most serious implications because it augurs a possible coming wave of modern-day Yisros as the melt-down of traditional institutionalized religions in the West continues. The Jews of Bello began as drop-outs from Catholicism. They then turned to Pentecostalism, which provided them with a deeper sense of personal connection with G-d. (This well-established phenomenon has huge implications for Israel’s security, because Pentecostals, for the most part, are solidly pro-Israel. At least until we lose them, just like we succeeded in losing the new generation of evangelicals.) Encounters with observant Jews got them thinking. Messianic Judaism (sic) was a bridge (a more common phenomenon than most of us know about) between a Christian life-style and observance of Jewish practices – but quickly proved unsatisfactory and oxymoronic. Familiarity with Scripture, coupled with meeting Orthodox Jews who could successfully articulate the ideas of authentic Judaism, helped them embrace Torah not for the sake of convenience, but because they became convinced of its truth.

The story of the Jews of Bello is one of grit and mesiras nefesh, the very stuff of Yisro’s story. As is true of his example, theirs is also one that offers inspiration to all of us.