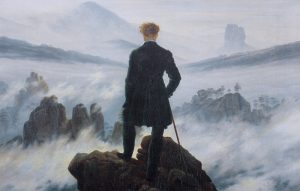 Three years ago, geneticists Drs. Stephen Friend, Eric Schadt and Jason Bobe set out to search international databases for people who were over 30 and healthy but who carried mutations that typically cause childhood diseases like Tay-Sachs or muscular dystrophy. In other words, people whose genetic makeups should have disabled or killed them years ago, but for some reason did not.

The scientists recently reported that they found 15,597 people who seemed to fit the bill, but they had doubts about some of the data about the patients and were unsure if their genetic mutations indeed coded for the diseases they were predicted to develop.

Thirteen people, though, turned out to have verifiable mutations that definitely cause one of eight serious diseases before age 18 in all who inherit them. Or, at least, so it had been assumed. In those thirteen cases, no disease had occurred.

The researchers surmise that there may be some other genetic mutations in those people, and likely in many others, that somehow counteract the natural effects of the disease-causing mutations. Further research will focus on identifying any such “protective” genetic factors.

The large majority of people carrying genetic markers for serious diseases will in fact experience those diseases. But the recent report reminds us that things aren’t always as clear as they may have once seemed. Medical death sentences are sometimes unexpectedly commuted. Widely accepted treatments are sometimes found to confer no benefit – even, in some cases, to be detrimental to health. Medical truths sometimes turn out to be fictions.

In the late 1980s, the Cardiac Antiarrhythmic Suppression Trial found that widely trusted medications for patients with a particular heart arrhythmia conferred greater mortality than a placebo. That is to say they were worse than useless.

In 2005, a procedure known as vertebroplasty, the injection of medical cement into fractured bone, was performed more than 27,000 times in the United States. A study in 2009 conclusively showed that the procedure was no better than a sham procedure where nothing at all was done.

Routine PSA screening, once the gold standard for identifying prostate cancer, is no longer recommended, as it turned out to have caused many unnecessary biopsies and surgeries. Likewise for routine mammography screening for women in their 40s.

Such “well, now we know better” changes of policy are known as “medical reversal” and are nothing new. Ancient Greek medical researchers like Hippocrates and Galen contributed much to the understanding of the human body. But the treatments that resulted from their findings and theories soon enough (well, what’s a thousand years in the larger picture?) fell victim to the Dutch anatomist Vesalius’s discoveries. In the 17th century, William Harvey further revolutionized medical treatment.

The next century saw Edward Jenner perfect the art of inoculation, and then the medical revolution born of germ theory. Then, the discovery of DNA opened an entirely new vista: genetics.

It is, of course, not surprising that medicine has advanced with time, and that we know more about the body and disease than ever before. Such progress is true about science in general. Aristotle’s understanding of physics pales beside what Newton laid out; and Newtonian physics was upended in fundamental ways by Einstein and later physicists and cosmologists.

But what’s important to realize is that much of what we know about medicine or other sciences is not so much based on what we thought we knew but rather reversed it.

And yet much of the scientific establishment, and laymen who trust them implicitly, persist in the illogical belief that what we think we know will prove impervious to being overturned by future discoveries. Why, though, should we imagine that our generation possesses ultimate knowledge? Has there ever been such an animal? Is there really any reason to doubt that a century hence some of our most cherished scientific knowns will prove to have been unknowns?

To be sure, we must utilize the medical understandings and treatments of our day. But our minds must hold the thought, too, that changes will likely come on a future day.

As Rav Samson Raphael Hirsch wrote, Hashem granted us two revelations: nature and Torah. Immutable knowledge of only one of them, however, has been Divinely transmitted to human beings. We can be mechadesh ideas in Torah, but only by building upon its unchanging truths. Nature, by contrast, remains an open question, and is thus subject to (and has long evidenced) conceptual revolutions.

Ignoring history, thinking that we have some ultimate understanding of the physical world, may provide solace to some. But, in truth, it is the height of hubris.