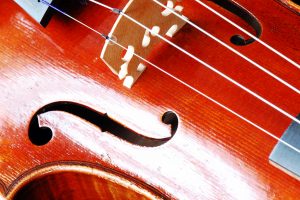 In the summer of 1776, Benjamin Franklin proposed that the Great Seal of the United States should depict Moshe Rabbeinu at the Yam Suf, his staff lifted high and the Mitzriyim drowning in the sea. Jefferson urged a different design: Klal Yisrael marching through the Midbar, led by amud ha’eish and amud he’anan, the pillar of fire and the pillar of smoke.

American slaves in the 19th century famously adopted the imagery and language of Yetzias Mitzrayim to express the hopes they harbored to one day be free. In one famous spiritual, they sang of “When Israel was in Egypt land… oppressed so hard they could not stand,” punctuating each phrase with the refrain “Let My people go.”

Similar references to our ancestors’ liberation from Mitzrayim informed the American labor and civil rights movements as well. In his celebrated “I’ve Been to the Mountaintop” speech, Martin Luther King pined to “watch G-d’s children in their magnificent trek from the dark dungeons of Egypt… on toward the promised land.” And he sought to assure American blacks that “the Israelites” suffered much before gaining their freedom, and so neither should his listeners give up hope.

It says much that so many have modeled their aspirations on the Divine extraction of goy mikerev goy, “a nation from the midst of a nation” (Devarim 4:34). To the Western world, the account of our ancestors’ release from slavery is the mother of all liberation movements. And, at least in a way, one supposes, it is.

But the reading of freedom as mere release from repression is sorely incomplete. Because after Shalach es ami, “Let my people go,” comes a most important additional word: viyaavduni – “so that they may serve Me” (Shmos 9:1). Klal Yisrael wasn’t merely taken from slavery to “freedom,” in the word’s simplest sense. We were taken from meaningless, onerous oppression to… a different servitude, the most meaningful kind imaginable: serving Hashem.

The Hebrew word for freedom, of course, is cheirus, evoking the word charus, “inscribed,” the word the Torah uses to describe the etching of the words on the Luchos, the “Tablets of the Law.” Chazal see a profound truth in the two words’ similarity, and teach us: “The only free person is the one immersed in Torah.”

What in the world, others might ask us, does immersion in an intellectually taxing corpus of abstruse texts, subtle ideas and legal/ritual minutiae have to do with freedom?

They would claim to feel most free lying on beach chairs in their back yards on a day off from work, sunshine on their faces and cold beverages within reach, with nothing, absolutely nothing, to do. And, to be sure, there are in fact times when we all need to relax, to recharge. But that’s not the meaning of freedom, at least not in the Torah’s view.

In the words of Iyov, adam l’amal yulad, “Man is born to toil” (5:7). What we simplemindedly think of as “freedom” is not true cherus. We’re here to labor, to study, to control ourselves, to apply ourselves, to accomplish things. Our “freedom” is release from the meaningless servitude some pledge to a master like money, chemicals, or this or that transient pleasure; and entry into meaningful servitude to something transcendent.

Truth be told, the freedom touted by “the velt” doesn’t even yield the fulfillment it promises. Or even happiness. Winning the lottery and moving to Monaco to indulge one’s whims may be a common daydream, but, as countless accounts have borne witness, release from economic straits and the embrace of hedonism have yielded more suicides than serenity.

True freedom, ironically, comes from hard work. Applying ourselves to our Divine mandate liberates us from the limitations of our inner Egypts, and brings true fulfillment, true joy.

Yesh chachmah bagoyim, Chazal tell us. Listen to the words of the Indian poet and Nobel laureate Rabindranath Tagore:

“I have on my table a violin string. It is free to move in any direction I like. If I twist one end, it responds; it is free.

“But it is not free to sing. So I take it and fix it into my violin. I bind it, and when it is bound, it is free for the first time to sing.”

What a perceptive mashal, and how inadvertently apt.

Because when our forebears were released from Egyptian bondage, as they prepared to embark on their path to viyaavduni, they paused to sing a song, Shiras Hayam.