A Belated Look at the Klal Perspectives Shabbaton 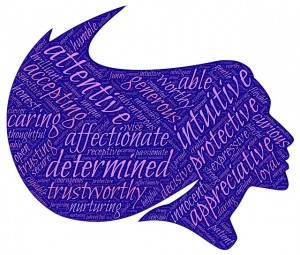 Jonathan Rosenblum and I discovered decades ago that we were kindred spirits. We rarely disagree. We did disagree twice about the recent[1] Klal Perspectives shabbaton in Baltimore, although he won’t find out about the second disagreement until he reads these lines.

The first dispute is a matter of public record, having occurred at one of the three panel discussions that were the chief stuff from which the event was constructed. Jonathan remarked at one point that he was jealous of me, because I could write without constraints, while he had to be ever mindful of his P’s and Q’s. Each of the magazines and newspapers for which he wrote established their no-fly zones, determining at times what he could and could not say. I countered that, to the contrary, I was jealous of him! His guidelines were clear, and when they weren’t, some irate editor would let him know. He rarely had to worry about suddenly falling off a cliff. On the other hand, I work without such clear direction. I have to guess the reaction of a sometimes unpredictable “street, and find myself looking out at minefields ahead without a chance to blink. The upshot, I claimed, was that both of us are burdened, like so many others in our community, with imposing muzzles, and rarely get to speak with complete candor. I have more license than he does – but not much more.

Our second area of disagreement is in our analysis of why the Klal Perspectives shabbaton was as successful and enjoyable as it was. Here, my beef with Jonathan is not about what he identified as one of the most important elements. I just believe that he didn’t go far enough in praising Rabbi Moshe Hauer. He credited R. Hauer’s investment in his congregants as the reason he was able to call upon them to work as hard as they did to put the event together. This is true. He acknowledged his chaburos with young askanim and with students poised to enter the rabbinate. This is also true.

But effusive in his praise as he was, I think that Jonathan did not go far enough. A key reason for the success of the weekend was not just R. Hauer’s unstinting giving, but his vision. He has engineered ways to make his baalebatim interested in, and sensitive to, communal issues. That is light-years ahead of what I have observed in other communities, even those with very good rabbanim.

I’m making a point of this – even weeks later – not because R. Hauer is a friend whom I admire, although that is certainly the case. I’m bringing up the issue because I believe that he has hit upon a partial solution to a problem plaguing the community. His example – his modus operandi – should be emulated elsewhere.

To explain, I need to backtrack. The Klal Perspectives Board meets telephonically, and does so relatively frequently. Approaching the shabbaton, we found ourselves at one such meeting gripped with fear. We had published Klal Perspectives for almost five years, offering multiple views in each issue on a different problem facing our community. It dawned upon us that people might attend the shabbaton expecting that if they brought all five of us together, we would finally come up with some solutions! We knew, however, that we were not poised to solve the problems of the Orthodox world and bring Moshiach before havdalah. Would the audience pelt us with esrogim, as per the Mishnah in Sukkah, when we failed to deliver?

We were enormously relieved when this did not happen. We were met with audiences. That led to gnawing question, at least in my mind. Just why were people so pleased with what we had to say?

To be sure, the discussion was interesting. People did hear some frank analysis from us. We did not always or even usually agree. No one parroted a party line. People found this valuable and encouraging.

Again, though, we have to ask why. Why were they satisfied with this, while others (we thought) would not have been, and would have been prone to cynical rejection of what we had to say?

I will venture a guess. Most of us are not cynics by nature. Many of us slip into a cynical mode when we are frustrated by institutionalized failings. If frustration can be contained, cynicism is kept to a minimum. Rabbi Hauer contains the frustration in two ways.

First of all, he speaks openly and frankly about issues. He validates people’s concerns, rather than glibly dismisses them, as our popular press tends to do, either with often useless bromides, or with stonewalled silence.

Secondly, he doesn’t wait for leadership to happen. He takes ordinary, working professionals, and trains them to become community leaders. One way he does this is the takeaway from this essay – a technique that is simple and elegant, and that ought to be replicated elsewhere. Our yeshivos focus narrowly on what they do best – which is not a bad thing. They double down on pure learning. Yeshiva students are simply not encouraged to think about roles they might play in the community (other than teaching Torah) when they leave. In the past, more students seem to have had opportunities to learn about responsibility for the tzibbur through camp activity, summer kiruv, etc. How do you turn young working bnei Torah who are still working out the difficulties in balancing multiple roles as breadwinners, husbands, and parents to make room in their minds for taking on communal responsibility?

Rabbi Hauer invites them (as Jonathan in fact pointed out) to participate in a weekly chabura. He doesn’t harangue them, or even learn seforim about achrayus with them. Rather, he puts issues in front of them. They discuss them together; they learn how he thinks about them, and try their hands at formulating their own thoughts and responses. Some of the participants take to it in a larger way then others, and become leaders. Rather than wait for leaders to emerge at random from what may be a shrinking pool of interested parties, R. Hauer identifies, recruits and trains lay leaders.

His technique is utterly replicable, and ought to be implemented elsewhere.

[1] “Recent” is relative. A rather extended period of travel has kept me away from the CC keyboard for a while, and I am just now getting around to old business.