Touring Israel With The Museum of the Bible 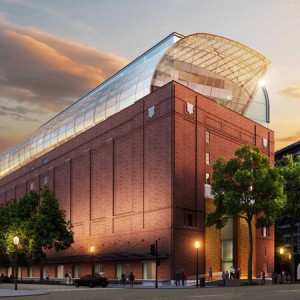 Surprise is an oxymoron in Israel. The sheer delight of new discovery is totally predictable. And so it was in my just completed six days with the Museum of the Bible (MOTB) tour.

Some things will never change – like the wisdom of taxi drivers, which continues apace. Some things will always change, like roads and buildings. The national bird of Israel is the crane, they say, and that is certainly the experience of anyone who stays away from the country for any extent of time. Not so long ago, Ministry of Tourism videos showed the single tall building in Tel Aviv. Today, it sports a sky line to mimic that of a major US city, with plenty more skyscrapers under construction, both office and residential. Roads remain hopelessly clogged all over, but they are doing something about a few of the bottlenecks, the singular of which is colorfully rendered as פקק on the highway signboards. Major construction on the 1 from Ben Gurion to Yerushalayim will add lanes. Meanwhile, large bridges and tunnels burrowed through hills prepare the way for the rail service that will allow commuting between the cities in a half an hour. Southern and northern extensions of that service will allow people to commute between Beer Sheva and Tel Aviv and Haifa, opening up huge amounts of land for new cities that will be able to house a burgeoning population. (It should be added that this population, with all the external threats and internal scandal and governmental dysfunction, ranks #11 on the just-released World Happiness Report, ahead of every Western power, including the United States.)

An Orthodox young woman who works for MOTB argued that the greatest change she has seen in a decade is that Israelis have learned how to do a traffic merge – quite a change from the old standstills and shouting matches. They have become more Westernized in other ways as well. The tour included many upscale restaurants and the best hotels. The quality of service was amazing, fully up to the expectations of Americans used to superior service – polite, quick, and intelligent. The providers were equally represented by Jews and Arabs, working harmoniously together.

The result can be comical. I was one of the first to check in at our hotel in Tveryah. The fellow behind the desk asked if I had a reservation. I did, but he could not find it under my name. I explained that I was with the MOTB group, but he could not find that reservation either. Quickly it dawned upon him. “Christian bloggers!” he exclaimed triumphantly, but eying my black yarmulke suspiciously. I explained that I was not Christian, but indeed a blogger. I asked him where I could find a beit knesset in the morning. He thought for a moment, took a good look at me, and responded that I would probably be happier at Stolin then Chabad! Did I mention that he was an Arab?

In the restaurant in the morning, chassidim, Christian bloggers (and tourists) and one Muslim imam took breakfast together without the slightest amount of tension. I saw this in other areas of the country as well, particularly in the north, near the traditional Israeli Arab communities. I used to think that Haifa was the exception to the rule, the place where Jews and Arabs lived generally peaceably with each other. This is not the case at all. It is Yerushalayim (and Chevron) where the tension between Arabs (non-citizens by choice) and Jews is palpable. The foreign press (present in greater number than in any European capital) experience only this tension, which helps shape their (negative) opinions about Israel. They never see the proven capacity for Jews and Muslims to live together in a democratic state. The ridiculous charge of “apartheid,” falsifiable in so many ways, melts before visual scrutiny after 60 seconds in the Mamila Mall – even in Yerushalayim! – as Jews and Arabs shop together in elegant stores.

Israel remains incomprehensible to non-Orthodox Americans, who just don’t get how much more traditional Israelis are, and why Reform and Conservative varieties have never taken off and will never take off. The tour took in a main warehouse of the Israel Antiquities Authority (IAA) in Beit Shemesh, the legal “owner” of everything unearthed in the country. The facility is closed to the public, but the MOTB has a close working relationship with the IAA. Now, archeologists are not, as a class, known for their hewing to Scriptural authority, nor for their religiosity. (Yes, there are important counter-examples.) Some, especially those out of Tel Aviv U., are dismissive of important historical narratives. Yet every office in the warehouse had a mezuzah on its door.

The tour visited a kibbutz on the Golan, and was served a beautiful lunch by a former member who now does gourmet cooking. She does not represent herself as kosher in any way, and the kibbutz is decidedly not religious. When I washed for my box lunch – after reluctantly spurning her food – she made a point of loudly answering “amein” to my berachah. When I asked someone to point me in the direction of Yerushalayim so I could daven mincha (no chance of finding a minyan there!) one of the kibbutzniks took out his Android and showed me what he thought was the best app to find the proper direction of davening.

Our tour guide, Avi Gal – who called himself secular – was a delight. He was thoroughly versed in Christian scripture, but understood exactly when to throw in something to put Israel and Jews in a good light without propagandizing. We had frequent discussions/arguments about Yiddishkeit. By the end of the six days, though, he had offered insights in enough pesukim and gemaros that I started calling him “rebbi,” following the halacha that the title is appropriate to someone from whom you have learned even one thing. (One example: I had never understood how melach Sedomis was different from any other salt. Why should melach Sedomis call for washing mayim acharonim, as per gemara Eruvin? When our helicopter refueled near Masada, Avi pointed to a hill further south, which he called Har Sedom. A salt mound, he said. But it contains a strong admixture of magnesium, making it an eye irritant. Bingo. Gemara understood.)

The tour organizers operated under an interesting – and sobering – premise. The projected $1B Museum will be huge – really six different museums under one roof, two blocks from the Capitol. They know that they cannot proselytize to the American public. As (mostly) evangelicals, however, they don’t have to. They believe that by pointing out the oversized impact of the Bible on world culture, they will rekindle interest in people taking the Book seriously. They have a theological basis for such optimism, but one does not have to share it to recognize that only the Bible can be a corrective to the moral aimlessness of contemporary society. In looking at trends in the rest of the world, it becomes easier for all of us to recognize that, despite irreconcilable theological difference, there is substance to the term “Judeo-Christian legacy.” It is not a hackneyed PC phrase, and it may save the West. The Rambam, no great fan of Christianity, still nodded his appreciation that Christians take the Bible seriously. (At least they used to. More on that in the future.)

To convince Americans of their good will, they turned not to celebrities and media, but to those they recognize as having the best ability to reach large numbers of people: bloggers. Most of the participants on the tour were apolitical, and had no connection to biblical scholarship, archeology, history, etc. They were social media entrepreneurs, people who had mastered social media well enough to be able to make a living out of selling things digitally. (I have to figure out where Cross-Currents has gone wrong in that regard!) This makes for interesting commentary on the shift in power and influence in America, moving it into completely different hands than where it was ten years ago.

To be taken seriously by the American public, MOTB has assembled recognized experts in related disciplines, regardless of their religious views. I can’t pass judgment on the contents of the Museum set to open in 2017 until I see it, but my treatment on the tour augurs well. The tour organizers could not have been more solicitous. They tried, where possible, to have the entire group eat in establishments where I would be comfortable. Where that couldn’t happen, they steadfastly arranged to pick up mehadrin food elsewhere for me, three meals a day. They completely accepted the fact that I just wouldn’t go into certain places. (In one area up north, a member of the board came running back to where I was bringing up the rear, and said, “Rabbi! You better wait here in the courtyard. Up ahead is a building you don’t want to go into.”)

Plans for the Museum are equally accommodating. Each guest’s stay at the Museum will be personally programmed and guided by a tablet. There will be a Jewish option for those who just don’t want their kids or themselves exposed to overtly Christian material. This option will steer them away from all of it, taking them only to more pareve exhibit areas.

The people turning the Museum into reality have put their lives on hold to put the project together. They are friends of the Jewish people, and friends of the State of Israel. They include the people behind what in effect is a Christian Birthright program, that will be a powerful tool in creating positive sentiment for Israel among young Christians. Their passion for, and devotion to, what they regard as the word of G-d is a pleasure to behold. To be sure, there will be bumps in the road ahead. My guess, however, is that we will be able to talk through our differences amicably and cooperatively.