A Troubling America for Jews… 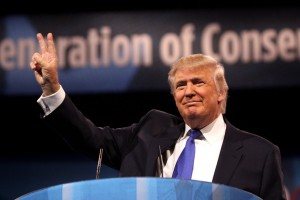 American Jews might be excused for finding the circus more formally known as the current presidential campaign unthreatening, even amusing. Unthreatening, because the leading Republican candidate has a Jewish daughter; the leading Democratic candidate, a Jewish son-in-law; and her rival is a bona fide member of the tribe himself. All the candidates, moreover, have expressed support for Israel.

And amusing? Well, no need to go into detail on that one. We need a dictionary with more expressive words than “grandstanding” and “mudslinging.”

Some Jews, though, are worried by the Republican front-runner, despite his Jewish connection. After all, Mr. Trump at one point indicated that, if elected, he would approach the Israel-Palestinian impasse as “a sort of neutral guy.” But he later explained that he simply meant that he didn’t see how he could promote negotiations if he openly took sides. “With that being said,” the candidate added unequivocally, “I am totally pro-Israel.”

To read the rest of this piece, which appears in Haaretz, please click here.