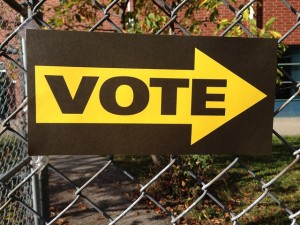 Few things outrage people as greatly as the suggestion that their vote doesn’t really make a difference. “Your vote counts!” is, after all, the essence of Civics 101.

And yet it is the most straightforward of truisms that – other than, say, a vote for gabbai in a very small shul – no election is ever decided on one vote. Or, in national politics, many thousands.

“But if everyone thought that way, no one would vote!” comes the immediate, irritated reply.

True. But an observation isn’t an argument. The bottom line remains that… well, you know.

Please don’t misunderstand. It is important to vote, and each of us should make every effort to do so, for several reasons. Firstly, it’s a privilege of citizenship, and seizing it is a sign of respect for the wonderful country in which we live. Secondly, as observant Jews, with particular needs and interests, it is vital that we be perceived as voters, not as complacent, unengaged citizens. What’s more, if we live, as many of us do, in fairly homogenous voting districts, elected officials take note of our voting turnouts, and that can influence decisions they make about things that matter to us.

But all of that is in the realm of hishtadlus – appropriate efforts to effect proper goals. The bottom line remains: our individual votes don’t really count. (Sorry.)

Is there any point to revealing how we are being brash to imagine our individual votes as crucial, any tachlis to bringing up the shocking reality that they are not? I believe there is, and that it’s important and timely.

Because too many of us tend to get very – how shall we put it? – agitated over politics. Should someone dare support what we feel is the “wrong” candidate, or take a “misguided” position on an issue, he isn’t just mistaken; he has become the enemy!

Politics has become, even, lamentably within parts of our community, something akin to what soccer is in some European and Middle Eastern countries: an utterly overheated choosing of teams, followed by zealous, uncompromising rooting, and vilification of those who dare support other teams. People have been injured and even killed as a result of “football hooliganism,” and fans of opposing teams are routinely segregated in stadium stands, to minimize the likelihood of carnage.

We may not express our political sureties and affiliations with the sort of violence that accompanies some soccer matches. But, from a Jewish perspective, words can be instruments of violence, too. And, in a way, worse ones than bats and rocks.

Is getting angry over politics in keeping with Torah values? With mentchlichkeit? With reason?

“Just as people’s faces all differ,” we are taught by Chazal, “so do their opinions” (Bamidbar Rabbah, 21:2).

The Imrei Emes, zy”a, commented on that truth with a question: “Can you imagine disdaining someone because his face doesn’t look like yours?” The question’s implied lesson is obvious: Neither does a person deserve contempt for having a different view of things from yours. His eyes are a different color from yours; his mind isn’t the same as yours either.

Maybe stopping and thinking about the fact that a vote is only a vote, and that an election’s outcome will not hinge on our ballot, can help us turn down the volume a bit, not to mention lower our blood pressure.

There’s nothing wrong with having political points of view, with discussing national and international issues. But there is something very wrong about allowing opinions to ferment into anger or resentment. Choose positions and candidates. Just don’t overinvest your choices with an importance they simply don’t have.

One of my brothers-in-law once told me, with a sly smile, that, in his house, he makes “the big decisions” and leaves the “small ones” to his wife. He then explained that he decides what should be done about world affairs, the economy, immigration and crime; his wife takes care of raising the children, chinuch matters, the atmosphere in the home…

In fact, if we want to do something to influence world affairs, we do well to remind ourselves that lev melech bi’yad Hashem (Mishlei 21:1) that, in the end, it’s the Bashefer, not the ballot box. Our power lies in choosing how to live, not how to vote. Deciding to daven more mindfully, to learn more seriously, to engage in chessed more frequently – those are the choices that count.