The Agudah and YU: the Quiet Revolution and the New World Order 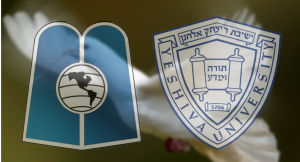 That struck me as inaccurate, and I commented accordingly, briefly noting my reasons why. But the more I thought about it, I realized that a quiet revolution seems to have occurred, right under our very noses. As I see it, it has been more than twenty years since we have seen any sustained “attack” from the Agudah/Yeshivah world and the view of orthodoxy it represents, upon Yeshiva University/the RCA and the view of orthodoxy that it represents. (For shorthand I refer to them here as “Agudah” and “YU”, though, of course, I realize there are many strains and varieties within both.) Call it a truce or call what it what you will, but the two movements seem somehow closer today than the way things appeared a generation ago. What, indeed, has happened here? What hath God wrought?

While my thoughts below, an expansion of the original comment, can be viewed in zero-sum terms of wins and losses, I think it is clear that all of us have emerged in a positive place, and the experiences of the past generation have made all of us better and stronger.

First, and I think, foremost, is the newfound confidence of the Agudah. It is hard to point out particular watershed moments in the development of a movement. However, we can look to the Agudah’s 10th Siyum Hashas, on September 28, 1997 as one such moment. For the first time, the event was held in two different locations, Madison Square Garden and Nassau Coliseum. It was also simulcast in many different cities across the United States and Canada, to an audience dwarfing anything seen previously. The message of the event, though naturally unstated, was clear: We have arrived.

Indeed, the ship of the Agudah had come in. Its long-time charismatic leader, Rabbi Moshe Sherer, died less than a year after that event, but the organization remained strong and successful. The significance of this is that the Agudah was no longer a fledgling movement that had to rely on knocking others down as a means of raising itself up. Attacks on the older and more-established YU were no longer necessary as populist fare. That is not to suggest that the attacks were used cynically, as mere political theatre; doubtless they were sincere. The point is that they were no longer necessary, as the Agudah had now become the establishment, or at least, an establishment, of its own.

Simultaneously, or at around the same time, the mantle of the Agudah leadership was passing on to new leaders. Figures such as R. Mordechai Gifter and R. Elya Svei had passed, and new men were taking their place. The worldwide leader of the Yeshivah world, R. Elazar Shach, would die in 2001 at a very advanced age. All of these figures left complicated legacies, seen as courageous fighters against modern orthodoxy by some, but perhaps not so appreciated by others. Regardless, with the passing of the old guard, attacks against YU began disappearing from the scene.

The concurrent rise of the Internet also, of course, cannot be overlooked. Indeed, that factor is the single biggest change in the entire world over the past twenty years, and there is practically no sphere of life anywhere that has not been impacted by it. For our purposes, we may simply limit ourself to noting that the availability of the internet made the Agudah’s organ, the Jewish Observer – the forum for many of the attacks on YU – redundant and of dwindling importance, and it eventually ceased operations. (The internet also opened up numerous other channels for communication, including Cross Currents, limiting the ability of any one media source to impact public opinion.) Thus, almost overnight, another source of the antagonism vanished.

Meanwhile, while the Agudah was growing and growing, something else had become perfectly clear as well – the establishment was here to stay. Somewhere along the line it became clear to the Agudah that YU and the orthodoxy it represented was not merely a temporary early 20th century phenomenon, but was, in fact, and would remain, a permanent feature of the landscape. Indeed, while perhaps in not quite as large numbers as the Agudah (because of the difference in birth rates) YU type yeshivas were also opening and expanding. In addition, aided in part by Aliyah groups such as Nefesh B’Nefesh, record numbers of YU graduates were moving to Israel, and schools and yeshivas in the YU mold were opening there as well. The attacks on the YU had done nothing to stop their success. They, like their Agudah counterparts, were alive, well, and thriving.

When a battle is lost it is time to move on. The Agudah had once fought against the use of modern Hebrew, but quietly dropped its opposition when it realized the fight could not be won. Similarly (and as the aforementioned Dr. Shapiro also noted) the battle against the Internet was a fight that could not be won, and the Agudah today – complete with its own website – has wisely decided to move on to other fronts. The same thoughts must have occurred to the new generation of Agudah leadership, consciously or unconsciously. While it might never be entirely at ease with college education, it had become increasingly clear to the Agudah that this too, was a battle that would not be won. Perhaps – and here I speculate – perhaps the changing nature of college, the availability of night school, and other factors, caused some to reconsider whether college today was really the bogeyman it once was or was once thought to be.

Not only had some of the old issues vanished, but YU itself was either becoming or showed itself to have always been – there are differences of opinion – closer to the Agudah than had been realized. Books such as the HaRav series of intellectual biographies by R. Hershel Schachter, and the Harerei Kedem series of R. Michal Shurkin portrayed the Rav, R.Y.B. Soloveitchik, in full “Brisk-mode”, almost indistinguishable from his close relatives, Agudah figures such as R. Chaim Brisker and the Brisker Rav. Indeed, reading these books makes one wonder what all the fuss was about to begin with. But they too, have done much to thaw the relationship between the Agudah and YU.

The final piece of the puzzle, it seems to me, is the classic, “the enemy of my enemy is my friend.” I don’t mean the emergence of heterodox movements like the Open Orthodox that spurred this discussion (though that, of course, is significant) but the attack on religion generally. In an increasingly secular age, partnerships and alliances have emerged that would have been unthinkable in previous times. Witness the real and close friendships that have developed between religious Jews and Christians, from Catholics to Evangelicals. It appears there has been an agreement, stated or unstated, to work within the truism that “there is more that unites us than divides us”, and to find common cause for the greater good.

Just so. In the year 2016, the Agudah and YU are both standing tall. Each of them can proudly point to numerous successes, and each are aware of many faults that can be improved upon. Each of them have differences, profound differences, with the other, and each of them have sources and great figures upon whom to justify their point of view. And, happily, neither of them are going away. I’ve never been privy to any secret underground joint meeting of these two forces, but I suspect everything I’ve written here is something the leaders of these movements are well aware of, and have been aware of for some time. That, I think, is why it has been more than a generation since the Agudah/YU wars of the past. It’s a quiet revolution that has gone largely unnoticed, but yet should be acknowledged. We are all in this together.

David S Farkas received his rabbinical ordination from Ner Israel Rabbinical College in 1999, and graduated from the University of Maryland School of Law. He lives with his family in Cleveland, Ohio, where he serves as in-house labor counsel for one of the largest energy companies in the United States. His writings have appeared in the Cleveland Plain Dealer, Hakirah, Jewish Bible Quarterly, Seforim Blog, and elsewhere. His book of original insights to Tanach is available on www.lulu.com under the name הדורש ומבקש The Searcher and the Seeker.