Rabbi Gordimer and his Critics 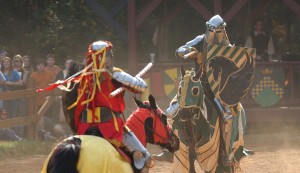 That Rabbi Gordimer has become the standard bearer in the face of the Open Orthodox onslaught is truly quite remarkable.

Until he started writing for Cross-Currents, we had not met, and it was only perhaps two years later that we spoke by phone for the first time. I have to say, the contrast between his clear, forceful writing and his soft-spoken persona could hardly be more profound. It is obvious that he is not a fighter by nature, and it is similarly clear that he is seeking no personal gain from his criticism of Open Orthodoxy.

This simply makes personal attacks upon him all the more unseemly, and I feel the need to rise on a question of personal privilege on his behalf.

I am truly impressed at the conclusion of the argument between Rabbi Gordimer and Dr. Shapiro, though, as I said, from what I know of Rabbi Gordimer I am not much surprised by his forgiving response. Dr. Shapiro himself confessed that he merely “knew people didn’t like OO because of women rabbis and partnership minyanim,” yet did not realize that “the opposition is much greater than that” — and that he now regrets his posting.

So I think we would do well to accept what RAG refers to as Dr. Shapiro’s “kind comments and messages clarifying that the issues were not personal.” I would like to critique the content of Dr. Shapiro’s posting with that understanding — to address what I view as unfair criticism after dissociating it from Dr. Shapiro himself.

The post in question spoke of RAG having “assumed the mantle of defender of the faith” and proceeded to excoriate him for failing to refer to Open Orthodox rabbis by name.

To address the latter issue first, Rabbi Gordimer has now been attacked both for making it overly clear whom he is speaking about, and for making it insufficiently clear. He was also similarly criticized for providing too little evidence of OO’s divergence from Torah, and then criticized for “obsessively” publishing the very quotes that were previously demanded. None of this, of course, is true. As Cross-Currents wrote when threatened with a lawsuit for publishing RAG’s essays:

Despite your assertion that you were attacked personally, in none of your chosen examples were you even quoted by name. It is the ideology of Open Orthodoxy and YCT, as expressed in your articles and those of your colleagues, that we, among many others, have criticized.

Omission of names makes it clear that RAG is interested in debating ideas, rather than expressing personal animus towards a writer.

As far as Rabbi Gordimer being cited as a “defender of the faith,” I question — is it not obvious to the well-read that Rabbi Gordimer is saying nothing new or revolutionary, nor relying upon his own judgment? YCT graduates are not accepted for RCA membership or for any position under the Conference of European Rabbis. I understand that Rav Zalman Nechemiah Goldberg shlit”a refuses to test YCT graduates for semichah. The Agudah published a Kol Korei declaring Open Orthodoxy outside the pale, and just two years ago, Avi Weiss involved the New York Times and the senior Democrat on the U.S. House of Representatives Foreign Affairs Committee — Eliot Engel, who represents the district encompassing Riverdale — in his effort to force the Israeli Rabbinate to recognize even his own conversions, much less those of his YCT acolytes. [Reform and Conservative Rabbis, to be sure, immediately leaped onto his bandwagon.] I am unaware of any recognized Orthodox Rabbinic authority that authenticates Open Orthodoxy’s claim to be Orthodox.

The strident attacks on Rabbi Gordimer, offered in lieu of cogent rebuttals of his critiques, seem merely to prove that Open Orthodoxy would prefer that Rabbi Gordimer go away rather than entertain a sincere and open [sic] debate about their ideology.

Now I can’t speak for Rabbi Gordimer. I rarely write about Open Orthodoxy myself, and confess a lack of interest in their latest expression of deviation from traditional Judaism. But there are clearly many others who do not understand, and media organs like the NY Jewish Week, Ha’Aretz and others delighted to misrepresent Open Orthodox figures and institutions as reflecting the world of observant Jewry. For those reasons, I know that Rabbi Gordimer’s writings continue to serve a valuable function.

What I think we might learn from this is the strength and vibrancy of Orthodoxy today. When sociologist Marshall Sklare called Orthodoxy “a case study in institutional decay” in 1955, no one was clamoring to be called “Orthodox.” The Union for Traditional Conservative Judaism broke away from the Conservative movement in 1983 when JTS decided to ordain women, and dropped “Conservative” from its name within several years. It, too, never tried to call itself Orthodox.

Now we have a new movement which objectively lies somewhere to the left of the UTJ in its Hashkafah and practices — yet which insists on describing itself as a flavor of Orthodoxy, rather than accurately as a new heterodox denomination.

I think this goes beyond the news coverage that they gain — a heterodox congregation hiring a woman Rabbi is, after all, hardly newsworthy in 2016. It is because today everyone recognizes that the modern liberal movements are in precipitous decline. The Conservative movement is hiring a PR firm to survey members and determine how to be current, as their members flee to Reform temples. The progeny of those Reform temples are, in turn, fueling the growth of “Jews of no religion.”

Today, the heads of Open Orthodoxy know that if they want to have a future, they have to be “Orthodox.” That being the case, the ones being most egregiously harmed and deceived by their use of the term are they themselves — because Jewish continuity is not maintained by using a name assigned to us by the Reformers of the 1840’s, but by fealty to an ideology Commanded to us over 3,150 years prior.

And that brings me to one final element of the criticism, expressed in a comment to Rabbi Gordimer’s reply. Dr. Shapiro writes:

There are lots of good fellow Jews who identify with OO and we shouldn’t be looking to throw them out and say they are not legitimate even if we have different views than them. The OO Jews I know affirm the divinity of Torah etc.

I have not read anything from Rabbi Gordimer suggesting that anyone be “thrown out.” On the contrary, it is the false ideas which should be discarded, and the precious Jews retained.

This situation is comparable to sincere graduates of Conservative conversion programs (and their Jewish fiances/spouses), those who may be sincerely dedicated to Judaism to the best of their understanding, and dismayed to learn for the first time that the Orthodox world (and Israel’s rabbinate) considers them not to be Jews. If we respond honestly, appreciating their sincerity yet explaining that they were guided through an invalid procedure and taught serious and unacceptable deviations from the Torah’s ideology, is this somehow tantamount to “throwing them out?” With vanishingly few exceptions, every Jew today must be greeted as a “good fellow Jew” — but does that mean we accept the teachings of the Conservative movement as “good fellow Judaism?”

Rabbi Adlerstein recently posted two examples of innovative Kiruv — using current events and familiar concepts to make a point, but above all being honest about what Judaism stands for. I have never seen or heard Rabbi Gordimer express hostility or disdain for an individual — only antipathy to patently foreign ideas, from whatever source, being misrepresented as Torah Judaism.

I notice that RAG’s survey of essays for Parshas Terumah had no mention of Open Orthodoxy. Perhaps his critiques are having a positive impact, and a course correction is underway at YCT.