A Kotel Victory For the Non-Orthodox? Hardly 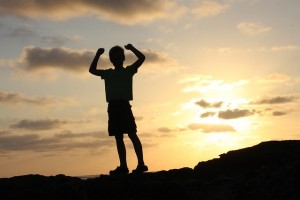 Asked for a statement about the Kotel compromise by the Los Angeles Jewish Journal, I complied. The Journal is hardly the reading experience of choice in the Orthodox community; my response was necessarily restrained.

What I wrote was true, but I did not write everything that could have been said. What follows is what I didn’t say. It does not mitigate the tragedy of the balkanization of the one place on earth that had served as a symbol of a united Jewish identification with the past and aspiration for the future. It does, however, offer an alternative to seeing the compromise as the beginning of an Israeli embrace of the heterodox movements.

Two realities shape Israeli government policy towards American non-Orthodox denominations: they are important at the moment; they will become increasingly less so in the future. Bibi and others understand that – unlike in the State of Israel – American non-Orthodox repopulate at well below the replacement rate. And the children they do have marry out at the rate of 71%. There is no question that they are the majority today, and their contributions, politically and otherwise, are invaluable to the interests of the State. But they are an asset of diminishing value because they are shrinking.

When they get seriously exercised, as they were by the street theater of Women of the Wall, they cannot be ignored. Attempting to placate them drains the government of time and energy it should be committing to the various existential crises that never go away in the Jewish State. The government begged Natan Sharansky to broker a compromise a few years ago not to provide balance, justice, and a belated national recognition of the spiritual treasures of non-Orthodoxy. It did so to quiet a nuisance, so that it could get back to more important issues.

It was, if anything, a do-over of David Ben-Gurion’s thinking about the Orthodox in the early years of the State. Throw them a few scraps now, because they won’t be around much longer. In the meantime, it is unwise to incite them. Today’s government is doing the same with the non-Orthodox. The difference, of course, is that Ben-Gurion had nothing but ideology to predict the future demise of Orthodoxy, while demography has it that nothing but an unpredictable miracle (which can happen!) can reverse the decline and fall of American heterodoxy.

We, of course, should redouble our prayers for that miracle. As much as we reject their ideology, we mourn the disappearance of millions of Jews that this decline represents.

The Kotel compromise may be a defeat for us hashkafically, but it is no victory for the non-Orthodox. When a harried parent successfully offers a misbehaving child a bribe to do what the child should be doing as a matter of course, there is are no grounds for celebration. But it does keep the peace, and allows the parent the calm he/she needs to move on to other concerns.