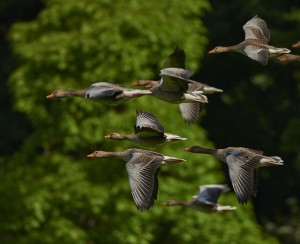 “Because you were convincing me,” was the woman’s straightforward reply.

Her questioner was my rebbe, Rav Yaakov Weinberg, zt”l, then the Rosh Yeshivah of Yeshivas Ner Yisrael in Baltimore. He had asked the lady, whom he met at some Jewish communal function, why she had suddenly stopped attending the lecture series he had been delivering to a nonreligious audience. Rav Weinberg later said that he was struck by the stark honesty of the reply. No excuses, no claim of scheduling conflict, only a candid confession of her reluctance to be pulled in a direction that frightened her.

The lectures were about basic Jewish belief, and the Rosh Yeshivah combined concepts from the Rambam, Rav Yehudah HaLevi and others, leavened with his own insight, eloquence, humor and creativity, to describe the compelling specialness – indeed, singularity – of the Jewish mesorah.

There was the historically unparalleled claim to a mass revelation at Har Sinai, something that no one could dare make unless it happened – and that no nation or religion has in fact ever made, before or after the event. There was the seemingly self-defeating nature of some of the Torah’s laws, like Shemitta and Aliyah L’regel (when all able-bodied men left Eretz Yisrael’s borders unprotected, at easily predictable times). There were the Torah’s critical descriptions of its greatest personages, in such stark contrast to the perfect “heroes” of other groups’ “holy” books. There was the utterly irrational persistence of anti-Semitism in a broad, even contradictory, assortment of guises; and the perseverance of Klal Yisrael despite all the hatred and exiles.

And then there was the illogical leadership of Moshe Rabbeinu, detailed in the parshiyos we are reading communally in shul this time of year.

Over history, leaders – religious and political alike – tend to possess all or most of several defining characteristics. Almost by definition, they are ambitious and opportunistic, often aggressively so. They exude self-confidence, bordering on, if not exceeding, conceit; and they are natural orators.

Moshe Rabbeinu, Rav Weinberg would point out, had none of those characteristics. He didn’t want the role Hashem told him to adopt, pleading that his brother Aharon be appointed instead. He was, by the Torah’s testimony, not only modest but the most modest of all men. And he was, by his own statement, limited in his ability to speak.

Not, by nature, leader material. Other religion-forming figures, by contrast, possessed the natural ability to convince others of their purported connection to truth – and capitalized on it vigorously. Today, political leaders and aspirants to office, as we are witnessing most vividly during this presidential election year, are clearly saturated with self-regard, relentlessly self-promoting and accomplished in the art of speechifying.

Moshe’s lack of those traits didn’t matter, because his leadership was not the result of popular acclaim but rather of Divine direction. Indeed, his failure of the “leadership test” is evidence of that fact. No one, Rav Weinberg explained, could ever attribute the historic success of the Jewish message to the impact of charisma, self-confidence or oratorical skill. Only to G-dly guidance.

Only defective products need talented salesmen. Truth needs only itself.

Chazal (Berachos 58a) tell us to run to see a non-Jewish king, for if we are deemed worthy, we will be able to perceive the difference between a non-Jewish monarch and a Jewish one. Politicians aren’t kings; there are no brachos to be made over them. But there is certainly worth in pondering the gulf between what contemporary society calls leadership and a true, Divinely appointed, leader.

I don’t know at what point the woman who dropped out of the lecture series decided she had heard too much for comfort. It was probably before the “Moshe Rabbeinu” shiur. But she was perceptive enough to realize that the evidence for the truth of the Jewish mesorah was becoming overwhelming, that the thicket of rationalizations necessary for rejecting the compelling facts of history was obscuring a more compelling straightforward, Occam’s Razor-respecting, conclusion: Moshe emes visoraso emes.

And she just wasn’t ready to countenance the life-changing implications of that fact.

At least at that point. I like to imagine that, one day, she wandered into a shul somewhere this time of year, maybe even during an election campaign, and, during krias haTorah, followed along in an English translation and was struck by Moshe Rabbeinu’s “lack of qualifications” for leadership, as the word is mundanely defined. And that maybe, at that point, what she didn’t allow herself to hear from Rav Weinberg, she heard in her own head.