The Abuse of History 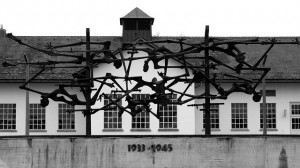 Efraim Zuroff and I have crossed swords in public debate and print more times than I care to remember. The man harbors an astounding animus for chareidi Jews.

That animus came bumbling to the fore once again this week in the pages of the Jerusalem Post. A kiruv rabbi, who will remain nameless, made some outrageous and repugnant remarks about the number of halachic Jews killed in the Holocaust. Not more than one million, he asserted, because of the huge rates of intermarriage in pre-War Europe.

Had Zuroff, director of the Simon Wiesenthal Center’s Israel office, addressed himself to the speaker’s “abysmal ignorance,” he would have been on solid grounds. But he could not resist the temptation to take the speaker – who is not himself the product of the chareidi educational system – as a “classic example of the abysmal ignorance about the Holocaust in sectors of the chareidi world.”

“The attitude in the hareidi world to history is totally instrumental, while accuracy and facts aren’t important and the only that is important is what you can use from history to advance your agenda,” Zuroff told Jerusalem Post reporter Jeremy Sharon.

I have followed Zuroff’s career with some interest since 2000, and not once have I seen him address the distortions of the presentation of the Holocaust at Yad Vashem, including the near total omission of the activities of religious Jews in the ghettoes and extermination camps.

IN ANY EVENT, it turns out that Zuroff is not free of his own distortions of the history of the Holocaust, and, in particular, of rescue efforts undertaken during the War. Thus my interest in his career dating back to 2000.

The lede in the AP story sent to thousands of media outlets worldwide captures the flavor: “During the Holocaust, ultra-Orthodox American rabbis focused on saving several hundred Talmudic scholars, ignoring the suffering of millions of other Jews who were eventually murdered by the Nazis, a new book charges” (emphasis added).

It was not hard to figure out the source of the charges. It was Zuroff trying to boost sales of his book The Response of Orthodox Jewry in the United States to the Holocaust: The Activities of the Vaad ha-Hatzala Rescue Committee 1939-1945.

To gullible reporters who had obviously not read his book, Zuroff peddled two charges. The first was that the chareidi rabbinic leadership had shown wanton disregard for saving Jews in Europe other than a handful of Torah scholars. (In point of fact, the majority of rabbis active on the Vaad Hatzala were affiliated with the Mizrachi movement.) And second, the Vaad refused to join forces with the mainstream Jewish organizations, which were committed to rescue.

Over the next few years, the late distinguished historian David Kranzler and I, sometimes writing together and sometimes individually, repeatedly demolished these charges and demonstrated the bad faith that lay behind them. I would urge all readers to read my summary of that debate in a lengthy August 2005 Jewish Observer article entitled “Anatomy of a Slander.” (Available at www.JewishMediaResources.com and cross-currents.com) No need to rehash that dispute here.

But the most effective refutation of Zuroff came from Zuroff himself in his various writings, including the book whose sales he hoped to boost. In the Afterword to his book, he describes the lasting legacy of the Vaad to the Jewish people as “dedication to saving Jewish lives.” And he credits the “foreign-born, non-English speaking rabbis [who headed the Vaad]” with having led efforts to unite American Jews around rescue work.

In 2003, Zuroff wrote an effusive review of Race Against Death: Peter Bergson, America, and the Holocaust, which consists primarily of two interviews conducted by eminent historian David Wyman (The Abandonment of the Jews) with Hillel Kook (alias Peter Bergson) about the Emergency Committee to Save the Jewish People of Europe that he created. In his review, Zuroff fully concurs in Kook’s harsh judgment that mainstream Jewish leaders did everything possible to undermine the Emergency Committee and behaved, in Zuroff’s words, “as if large-scale rescue operations by the American government were either impossible or doomed to failure.” So much for the unity of mainstream American Jewry around rescue.

The pressure of the Bergsonites, working together with Orthodox rabbis, eventually resulted in the creation of the War Refugee Board, which, in Wyman’s estimation, saved 200,000-400,000 Jewish lives. Zuroff made no mention in his review of Hillel Kook’s own comments on his Orthodox allies: “[The Orthodox rabbis were more courageous…. [They] were simply more responsive, more – more Jewish, in a sense. They were more sensitive to the issue, and less affected by the environment.” Specifically discussing his close relationship with Vaad ha-Hatzala, Kook comments, “They operated on the old Jewish theological concept of ‘He who saves one soul, saves the whole world.'”

In short, Zuroff knew very well his charge against Rabbi Aharon Kotler, Rabbi Avrohom Kalmonowitz, and Rabbi Eliezer Silver of “disregard to the fate of other endangered Jews,” apart from a number of distinguished talmidei chachamim trapped in Europe, was baseless slander.

Can a more “instrumental” abuse of history be imagined than making slanderous charges to a media always eager to present great rabbinical leaders in a negative light in order to sell a few more copies of one’s book?