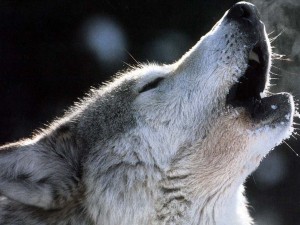 Whether or not they happen to own dogs, some politicians have an affinity for dog whistles, at least the political type.

That term plays on the fact that dogs can hear frequencies inaudible to humans, and refers to catchwords or phrases used in speeches and such to signal things, usually ugly things, to particular parts of the body politic.

When segregation became socially unacceptable, many pro-segregationists began instead calling for “states’ rights,” as a euphemism for the right of individual states to racially discriminate. Used in a speech, it was an ultrasonic call-out to racists. Now “states’ righters” has become a dog whistle of its own, used by some speechifying liberals to insinuate that anti-big government sorts are all racists.

In the current presidential primary race, Jeb Bush has accused Donald Trump of “dog whistling,” citing, among other things, the latter’s endless stream of insults to various groups of foreigners or non-males. But those aren’t really dog whistles at all; they’re more like raucous tuba blasts, blown by a clown.

Some dog whistlers have long sought to call out to people not well disposed toward Jews or Israel, using well-placed phrases like “dual loyalty” or “powerful Congressional lobby.” Back in 2012, New York Times columnist Maureen Dowd upset many when she accused Republican presidential hopefuls as being guided by a “neocon puppet master,” a reference that was heard as referring to Jewish former administration officials.

A recent dog whistle sounding anti-Jewish notes was wielded by Congressional candidate Dan Castricone, a former Orange County legislator seeking the Republican nomination for New York’s 18th District congressional seat, which includes all of Orange and Putnam counties and parts of two others.

A little background: Kiryas Joel, in case you aren’t aware, is a village and Hassidic enclave founded by the Satmar Rov, zt”l, that is part of the town of Monroe, in Orange County, New York.

A 2011 New York Times report noted that, despite the town’s very high poverty rates, “It has no slums or homeless people. No one who lives there is shabbily dressed or has to go hungry. Crime is virtually nonexistent.”

Some residents of the surrounding communities, however, view Kiryas Joel as encroaching on them, particularly because of the growth of the village and its residents’ desire to annex additional land to accommodate its growth.

In September, the Monroe Town Board approved a petition to shift 164 acres (approximately a third of what was requested) of the town into Kiryas Joel.

The concerns of those in opposition to that plan cannot be dismissed out of hand. They prefer that the bucolic nature of their surroundings be undisturbed by new residential developments and the construction attendant to creating them. At the same time, though, neighborhoods change, and development impinges on rural areas all the time; many a once-verdant, pastoral setting has been transformed into a vibrant residential community. Some things in life might be bothersome, but need to be accepted all the same.

What isn’t acceptable – or shouldn’t be – is opposition to development that is wrapped in religious prejudice.

Which brings us to Mr. Castricone.

In a fundraising letter, after declaring his opposition to Kiryas Joel’s bid to expand, he announced that he will “fight until my last breath to stop it.” All right, he’s impassioned. No crime there. But he also seems, unfortunately, to be something else.

In one speech, he railed that the current holder of the Congressional seat he seeks, Democrat Sean Patrick Maloney, “sits in Congress today only because of a certain bloc of votes [emphasis – or, at least, italics – mine] he obtained from a certain village in the center of a town called Monroe.”

And if that didn’t get the hounds howling, the calculating candidate, in another address, railed against “one community” that he said has “run roughshod over the culture” of his beloved fatherland – pardon, region. And, in case anyone might have wondered what “culture” he meant to reference, he helpfully continued by accusing Mr. Maloney of having made “a pact with the golden calf.”

Last we checked, democracy was alive and well in the United States, including upstate New York. And members of all American communities were free to vote, individually or en masse, for whomever and whatever they believed to be in their best interest.

Mr. Castricone, no doubt, would affirm that all of that remains the case, and will wave the flag of freedom alongside all who are proud to live in this great country. But the whistle he blows sounds a rather more sour note.