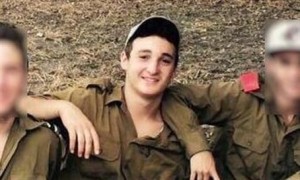 Rabbi Ephraim Epstein offers two reasons why so many people, both in Israel and in the USA paid tribute to Ezra Schwartz. The first was the idea that Ezra’s death was a tragedy that hit very close to home. The second was that people everywhere identified very strongly with Ezra. While I do not doubt the verity of his explanations, I think that they are not powerful enough to explain why so many people mourned Ezra’s tragic death.

Ezra was not a bystander who was inadvertently murdered by an Arab terrorist. In his life — and especially in his death — he was a nexus point where the four major forces that define Judaism come together: God, Torah, the Jewish People and Eretz Yisra’el. During the last months of his life, Ezra studied Torah in Eretz Yisra’el and almost daily went with his classmates to help others. Taken all together, this was pure “mesirat nefesh” to God. Thus, the mourning in Israel, the highlight of which was dancing (!) at the airport, was more of a celebration of the confluence of these most basic forces in our lives as Jews. The people who danced at Ben Gurion were celebrating his life and everything it stood for. It was not a sign of mourning and death, but a reaffirmation that we will dedicate ourselves to continue what Ezra was doing — especially when our enemies try to destroy us and chase us away from God, away from Torah and away from our peoplehood in our land.

Unfortunately, our lives as Jews, as religious Jews are filled with moments that evoke very strong emotions in a way we cannot explain. Despite all of our Torah study and so-called understanding, we are often caught off-guard by the powerful emotions that fill our hearts. There is a significant, real difference in this regard between being in Eretz Yisra’el and being in “chutz la’Aretz.” In Eretz Yisra’el, there is greater spiritual clarity — “the very air of Eretz Yisra’el makes us wiser.” Thus, the outpouring of grief and the strong connection with Ezra in “chutz la’Aretz” was not an expression of “he was one of our own” or “we are all Ezra.” Rather, it was an outpouring of love and dedication to what Ezra was doing. The forces of God, Torah, the Jewish People and Eretz Yisra’el reached out to the Jews of “chutz La’Aretz” filling their hearts with a combination of grief and of salutation to what Ezra was.

From what little I read about Ezra, it is clear to me that he understood perfectly what it meant to dedicate oneself to God by studying Torah and helping others in Eretz Yisrael. That’s what put the wonderful smile and glow on his face every day. His memory should be a blessing for us all. His death as a Tzaddik should protect us all. And through his merit we will gather all of the Jewish people in Eretz Yisra’el.

David Derovan is a veteran educator who made Aliyah over 32 years ago. He and his entire family live in Israel.