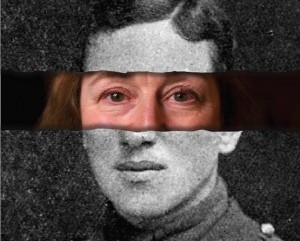 There were ample arrows in my quiver for shooting down the question, or at least for deflecting it. But our Shabbos night seudah guest, a young Jewish woman with limited Jewish background visiting the neighborhood as part of “The Shabbos Project,” didn’t deserve to be subjected to a long shiur about the meaning and beauty of tzniyus, how it elevates those who adhere to it, and how men and women have distinct roles in Judaism.

She clearly felt comfortable at our Shabbos table, a tribute to the calm of Shabbos, my wife’s affability and the presence of another, even younger, guest, our 14-year-old grandson, whose home is Milwaukee but who is a talmid at the Yeshiva of Staten Island.

Our older guest wasn’t aiming to challenge our mesorah, only to convey something that bothered her about authentic Jewish life, to which she is otherwise attracted. She knew, she told us, that a special tisch was planned for later that night for locals and guests at a nearby shul. She knew, too, that the women would be up in the balcony ezras nashim, while the men would be seated below, eating, drinking and singing. “I will be a spectator,” she said, “not a participant.”

For some reason, I resisted the reflexive urge to offer my shiur. I paused for a moment – always a good thing to do – and responded instead from the heart. “You know, I totally understand how you feel,” I said. “That’s the way things are done, and the way they need to be done. But I can really relate to your feeling as you do.”

Pretty lame response, I chided myself. Surprisingly, though, our guest’s reaction was otherwise. She seemed taken aback. Now it was she who paused before speaking. “Nobody has ever said that to me before,” she finally said. “Being validated in my feelings means more than you can imagine to me.”

I expected I might impart some lesson that night. Instead, I learned one. Sometimes it’s not about “answering” or even “addressing,” but simply about empathizing. And, giving it more thought, I realized that that’s the case not only in kiruv but in life. Chazal teach us as much when they tell us not to “judge one’s fellow until you have reached his place” (Avos, 2:4). The message there isn’t simply to not judge others; it’s that we need to put ourselves in the place of others, to see things through eyes that aren’t ours.

The same thought subtly inheres in the passuk that Rabbi Akiva (Yerushalmi Nedarim 9:4) called a klal gadol baTorah: “V’ahavta l’reyacha kamocha.” There, too, the Torah isn’t exhorting us just to love our fellow, but to love our fellow like ourselves. We see things through our own eyes; we are admonished to try to see through the eyes of others.

On the way to shul that Shabbos morning, I wondered if my grandson had been able to relate to our other guest’s angst over, as she saw it, being “left out of things.” So I posed a thought experiment to him. Imagine, I said, if only boys with black hair could have bar mitzvah celebrations. Aharon’s bar mitzvah, a year earlier, had brought two sets of grandparents and an assortment of aunts, uncles and cousins to Milwaukee, where he, his parents and siblings and the extended family all had a truly uplifting and wonderful Shabbos. And Aharon has reddish-blond hair.

He didn’t say anything, but he’s bright. I think he got the point. Our Shabbos guest, unfortunately, had no understanding of tzniyus. To her, separating men and women was no more comprehensible than my imaginary “black hair rule.”

Putting oneself in someone else’s shoes isn’t easy. Sometimes it seems almost impossible. “How could he ever do such a thing?” “What was she thinking?” “What’s the matter with them?”

And empathy isn’t likely the way to go when we’re faced with a psychopath or someone wont to commit premeditated crimes. But most veerings from the straight and narrow are neither calculated nor psychopathic. Whether what stunned us were the actions of a parent or a child, a friend or a stranger, a “kid at risk” or an adult long “off the derech,” it’s easy to admonish or condemn. It’s harder, though, and more important, to put ourselves in the shoes of the offender, imagining the effects of his upbringing, personal experiences, his particular yetzer hara, his distinctive compulsions.

All of us, after all, have personal histories and individual challenges of our own. It pays, in myriad ways, to try to imagine those of others.