Barack is Leaving the Building 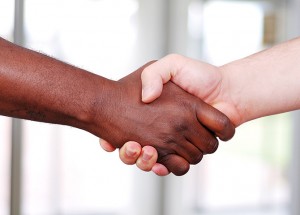 Although Barack Obama’s last day in office won’t come until January 20, 2017, the spectacle of the various presidential debates reminds us all that we won’t have him to kick around too much longer.

It’s no secret that the current Commander-in-Chief is unpopular in some circles, including, I suspect, a good part of of Hamodia’s readership. His support for a “two state solution” in Israel seems, to many, outdated and unrealistic; his long-time discord with the current prime minister of Israel (amply fueled by both men) is legend; and, most recently, his Iran deal left many upset.

Some read those entrails as indicating an animus for Israel. I don’t. Either way, though, we’re not absolved from the elemental Jewish ideal of hakaras hatov, “recognition of the good” – which, Chazal inform us, is due even to inanimate things, and presumably, too, to people we may not like. Whatever one’s views on Mr. Obama, some things he has said and – more importantly – done over his terms in office merit our recognition.

What things? Here are some:

In his 2009 Cairo speech to the Arab world, he stated that America’s “strong bond” with Israel is “unbreakable,” and that the Jewish “aspiration for a Jewish homeland is rooted in a tragic history that cannot be denied.” He firmly denounced anti-Semitic stereotyping and Holocaust denial, staples of the Arab square, and condemned anyone who would threaten Israel’s destruction.

The next year he refused U.S. participation in joint military exercises with Turkey unless Israel was included. And he told the U.N. General Assembly that year that “Israel is a sovereign state and the historic homeland of the Jewish people” (something denied, of course, by the Arab world). Then, in 2011, he withdrew the U.S. from the Israel-bashing Durban II Conference. That year, he also threatened Egypt with severe consequences if it didn’t protect Israeli embassy guards besieged by a mob, which it did, and Israel evacuated the hostages.

In 2014, he sought funding from Congress (to the tune of $225 million) for Israel’s “Iron Dome” system, and signed the law providing the funds.

He relentlessly pursued Islamic terrorists, like Anwar al-Awlaki and Osama bin Laden (and was vilified by some on the left for his decisive actions). And the Obama administration has provided more security assistance to Israel than any American administration.

And then there are words Mr. Obama wrote or spoke that may not have received the attention they deserved. Like:

“I’ve seen what security means to those who live near the Blue Line, to children in Sderot who just want to grow up without fear, to families who’ve lost their homes and everything they have to Hezbollah’s and Hamas’s rockets. And as a father myself, I cannot imagine the pain endured by the parents of Naftali Fraenkel, Gilad Shaar and Eyal Yifrach, who were tragically kidnapped and murdered…”

[Holocaust denial] is “baseless, ignorant, and hateful, [as is] the “threatening [of] Israel with destruction” [and the] “repeating [of] vile stereotypes about Jews.”

“Palestinians must abandon violence. [It is] a sign of neither courage nor power to shoot rockets at sleeping children, or to blow up old women on a bus.”

“More than 3,000 years ago, the Jewish people lived here [in Israel], tended the land here, prayed to G-d here. [That Jews live in Israel today] is a rebirth, a redemption unlike any in history.”

“Those who long to see an independent Palestine rise must stop trying to tear Israel down. . . . After 60 years in the community of nations, Israel’s existence must not be a subject for debate… It should be clear to all that efforts to chip away at Israel’s legitimacy will only be met by the unshakeable opposition of the U.S.”

His Secretary of State lectured Al-Jazeera that “when the Israelis pulled out of Lebanon they got Hezbollah and 40,000 rockets and when they pulled out of Gaza they got Hamas and 20,000 rockets”; and his State Department condemned the Palestinian Authority’s denial of the Western Wall’s connection to the Jewish people.

I don’t think that Mr. Obama’s appointment of Jews to important posts (Jack Lew and Janet Yellin are the best known, but it’s a long list) or his yearly “Pesach Seders” are of great significance, but they do say something about Mr. Obama’s attitude toward Jews and Judaism.

And so, even those who see bad in Mr. Obama must, if they wish to be true to a Jewish ideal, recognize good too.