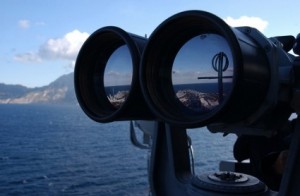 First things first: I learned while preparing this that one of the victims of today’s stabbing in Jerusalem is unstable and in critical condition. Whoever he or she may be, and I hope we’ll get his or her name for our Tefilos — please say a kepital (chapter) of Tehilim (Psalms) for his or her speedy recovery.

I hope I’m wrong. But I expect open displays of bigotry in the days ahead, after the “gay pride” parade in Jerusalem was disrupted by a terrorist stabbing.

I am, of course, referring to open displays of bigotry against the Orthodox community. Because if someone uses the actions of a single deranged individual to slander an entire community, to imply that the community somehow supported or abetted the crime via action or attitude, that isn’t fighting bigotry — it’s showing it.

And in this case, the terrorist who ran through Jerusalem’s parade stabbing people, though clearly mentally ill, (probably) grew up in our community and was dressed in the garb of an Orthodox Jew. That he thought this was somehow an appropriate act is evidence prima facie of his evil insanity. The idea that he represented any haredi opinion or school of thought is risible.

Yet sadly, I expect some newscasters, journalists and opinion writers to ignore the fact that there were no similar attacks since 2005, when this very same individual did precisely the same thing — clearly demonstrating that he does not represent any school of thought in the haredi community, as there was no one else to take his place while he rotted in jail.

I expect them to ignore the role of police in protecting the community from terrorists both foreign and domestic, who were clearly aware of this individual and his previous history, knew he had been released just weeks ago, yet apparently did nothing whatsoever to prevent this individual from repeating his terrorist violence:

Several weeks ago, an ultra-Orthodox radio station, Kav HaNeues, interviewed Schlissel after his release from prison, referring to him as a “Haredi terrorist.” Schlissel told the station, “If a single person comes and wants to hold the [gay pride] parade, then therefore in order to do something, something extreme is necessary.” Referring to members of the LGBT community, Schlissel also said that “these impure people want to defile Jerusalem,” and “the objective — I need to stop this parade.”…

Jerusalem District police chief Moshe Adri says police knew Schlissel was released from prison, but didn’t have any concrete intel he was in the area or planning an attack. He says the investigation is in its early stages. A reporter for Channel 2 says Schlissel didn’t hide his intention, and that he had written on the Internet that he would continue his efforts against the LGBT community. When asked whether the police had been aware of rumors on WhatsApp claiming Schlissel was planning an attack, Adri says the police weren’t aware of such rumors.

Don’t get me wrong. I do want to know what the broadcasters and listeners of Kav HaNeues thought he was saying. Usually, when a person says “I’m gonna kill him” we know it’s just words — but here was a guy who did this before. Did anyone think to report him? Did they ignore it? But failing to act without an explicit threat isn’t surprising, though one would hope we would do better.

Terrorism — including terrorism against those trying to promote to’eva in Jerusalem — must be stopped. It is the obligation of the police to stop terrorism, and they clearly failed in their duties in this case.

And we must stand against terrorism, bigotry and hate, in all their many forms.